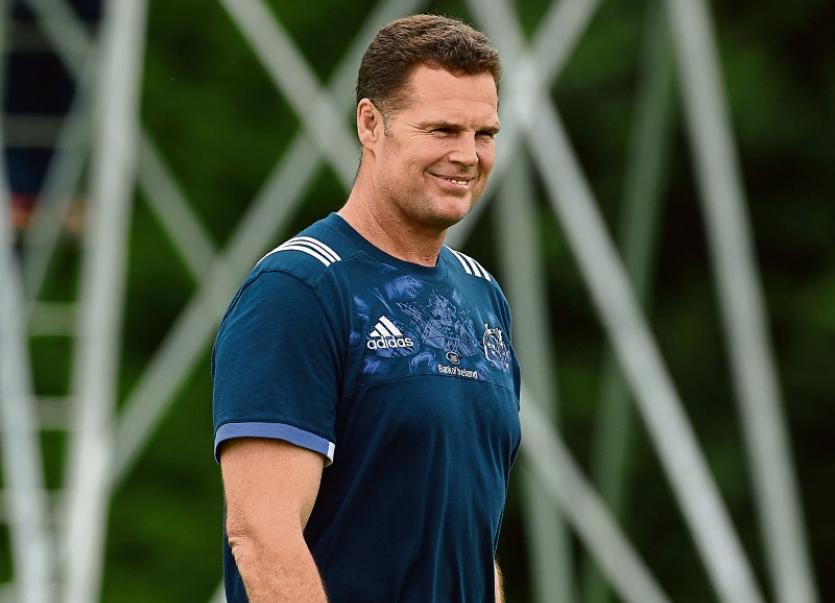 MUNSTER Director of Rugby Rassie Erasmus insists Racing 92 will provide a huge test of their Champions Cup ambitions, no matter what starting line-up the French champions field on Saturday.

While Munster sit in second place in Pool 1, with a game in hand on leaders Glasgow Warriors, Top 14 kingpins Racing 92 are yet to collect a single point from any of their three opening pool fixtures.

Saturday’s clash at the Stade Yves du Manoir in Paris kicks off at 3.45pm Irish time.

With Racing’s hopes of making the knock-out stages of the Champions Cup ended by those three pool defeats, media reports suggest the French side will field a weakened side this weekend.

However, Erasmus insists Racing will be formidable opponents in their re-arranged Pool 1 fixture.

Erasmus admits he had given some thought to how Racing will approach the game with their main focus switched to retaining their Top 14 title.

Erasmus said: “I have my mind wandering a bit on that. I am just going to confuse myself to work out what they will be thinking for this game, you just don’t know.

“If you look at their squad depth and obviously their budget and player budget and the stature of their club and where they finished last year in both competitions, they could field a great team.

“And you wouldn’t know if they filled a second team with those guys that they aren’t actually better. They may be younger but are just potentially as good.

“I started wandering down that line of thought, thinking about it, but then I thought what would it help? We can only control how well we train and play and I’m sure playing there whatever team they put our it is going to be a massive challenge for us.

“I am not sure what they are going to think.

“The way the modern game has gone. The 23 players, teams like that, that have massive depth and size.

“It’s tough to challenge those teams over 80 minutes. In the old days you just could be fitter than them and out-play them with work-rate.”