Peter O'Mahony: "O'Gara will be lining Racing up for us" 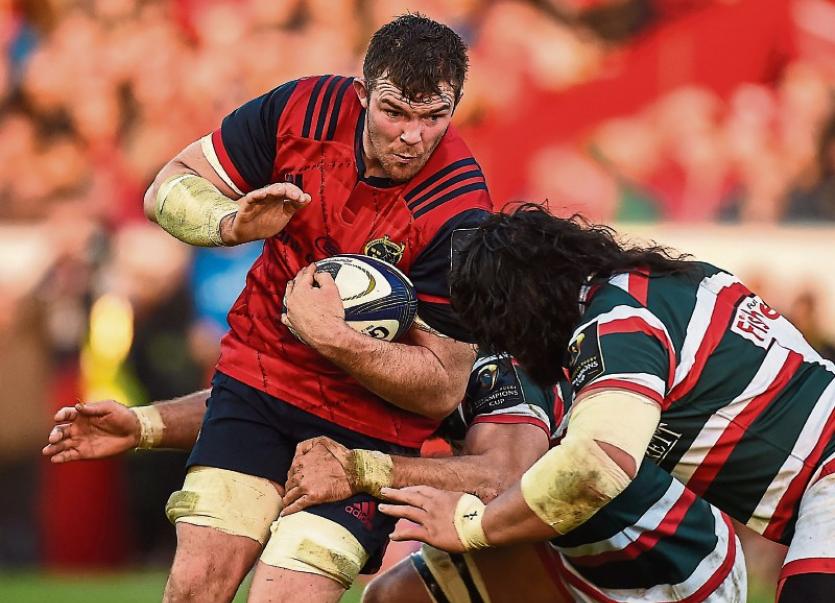 While second-placed Munster remain well in the hunt to qualify for the knock-out stages from Pool 1, French champions Racing 92 have seen their hopes of progressing to the last eight stage ended with a run of three defeats in the pool stages of the Champions Cup.

Saturday's rescheduled fixture at the Stade Yves-du-Manoir (3.45pm Irish time) was originally due to take place in October, but was postponed as a mark of respect to Munster head coach Anthony Foley who died suddenly on the morning of the game.

Peter O'Mahony said: “Rog (Ronan O'Gara) is too big a competitor to let this one slip and he’ll be teeing them up for us, so as I said already we are preparing for the best team we’re going to play against this year probably.

“The quality they have and the performance they are going to put in, as I said, he is going to be lining them up for us, so we’re going to have to be good.”

O'Mahony admitted it would not be an easy week for the Munster players as their thoughts inevitably stray towards their last visit to Paris and the unfortunate passing of Anthony Foley.

O'Mahony said: “At the end of the day we've a European Cup game to go and perform in, so we've a big week's training ahead.

“Obviously, look, there's no two ways about it, it's going to be a difficult week for a lot of guys, but you've got to stick to the routine, stick to what we normally do in a week and try and keep the head down.

“Look, we're not going to think about Axel (Anthony Foley) any more than we do every other week. The style of play we're playing has him written all over it so we reference him in every meeting, more than once. Axel's at the forefront of our minds every week, so it's not going to be any different that way.”

Saturday is the first of three successive weekends of Champions Cup fixtures Munster will face. Second-placed Munster trail leaders Glasgow warriors by two points in Pool 1, although the Irish province has a game in hand on their Guinness PRO12 opponents.