Munster to welcome Saili back in Festive fixtures 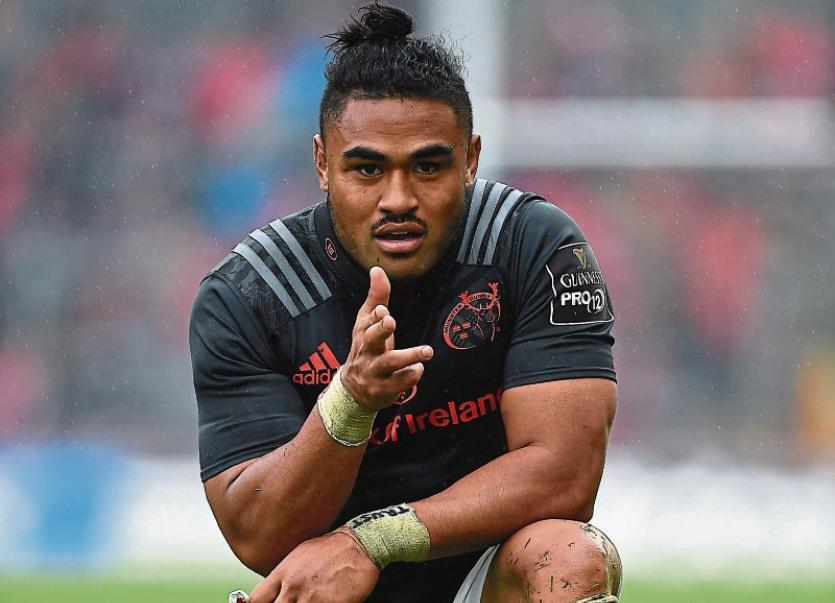 MUNSTER have been boosted by the return to fitness of their All-Black centre Francis Saili ahead of their upcoming Guinness Pro12 double bill of interprovincial fixtures over the Festive period.

Saili has not featured for Munster this season after being sidelined since undergoing shoulder surgery at the end of the summer.

Saili has made a full recovery and will now feature either the St Stephen’s Day PRO12 clash with Leinster at Thomond Park, 5.30pm, or the New Year’s Eve clash with Connacht at the Sportsground, 5.30pm.

Erasmus indicated that Saili will make his long-awaited comeback in either of the two upcoming interpro fixtures in the PRO12.

In Saili’s absence, South African centre Jack Taute has impressed with Munster.  Taute, who had been signed on a short-term deal, is due to leave the province at the end of the month.

“He'd like to play well with Jaco and Rory (Scannell) or Dan (Goggin) and we are just so excited to see him out on the park and now it's our job to make sure we manage him back into the system whilst trying to win all the time as we change and test combinations.

“It's an interesting time for us, but surely a very good situation to be in.”