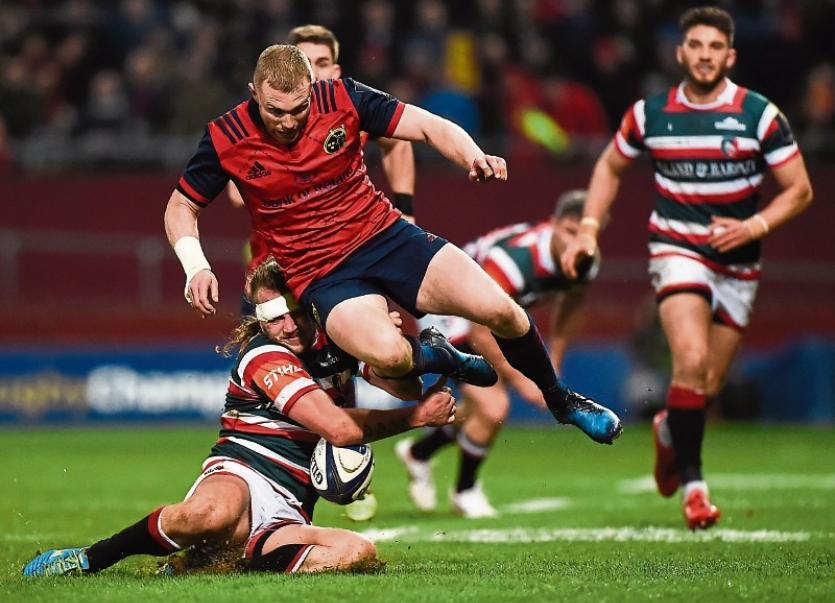 Winger Keith Earls has recovered from the slight groin injury picked up in last weekend’s runaway win over the Tigers at Thomond Park.

There is one change on Munster’s replacements bench, however, as loosehead prop James Cronin, who scored two tries on his return from injury for Munster A last week, takes the place of Thomas du Toit.

Munster scored an emphatic 38-0 bonus point victory over Leicester Tigers in the first of their two back-to-back Pool 1 Champions Cup meetings at Thomond Park on Saturday.

Last week's Man of the Match CJ Stander is set to make his 20th appearance in the Champions Cup having made a round-high 18 carries last time round.

Darren Sweetnam keeps his place on the right wing and has started all 13 of Munster's games so far this season.

Leicester have never lost both games since back-to-back fixtures were introduced in 1999.

However, Munster are the only side to beat Leicester more than once at Welford Road in Europe - in 2003 (quarter-final) and in 2006 (pool match).