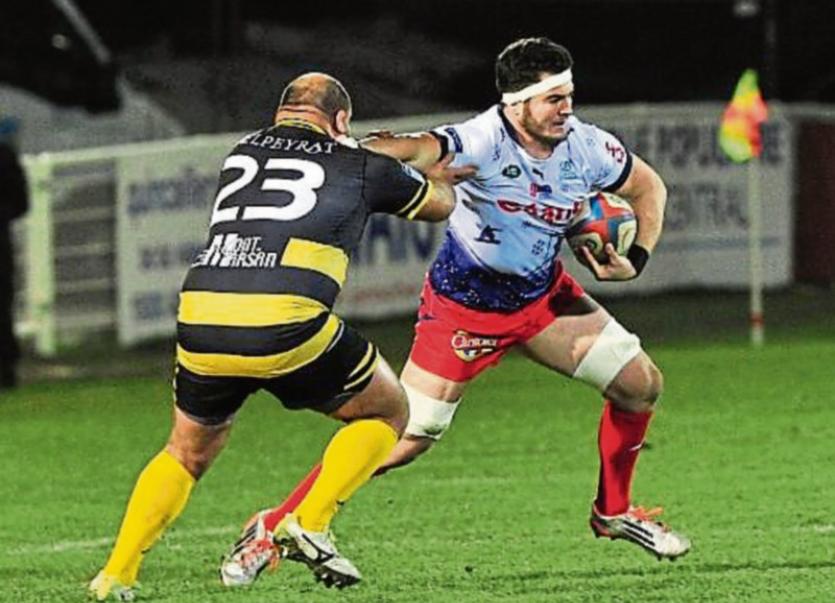 Former Shannon star Brown lined out in the back-row in Aurillac’s 24-22 victory over Vannes at the Stade Jean Alric.

Twenty year old Brown, who impressed for the Ireland U-20s in their run to the Junior World Championship final last summer, joined Aurillac on a one-year contract at the start of this season.

Dynamic ball carrier Brown, who was a member of the Munster Sub-Academy last season, was not offered a place in the Munster Academy this term despite impressing at those Championships.