Munster scrum-half Murray: 'I am in a good place right now' 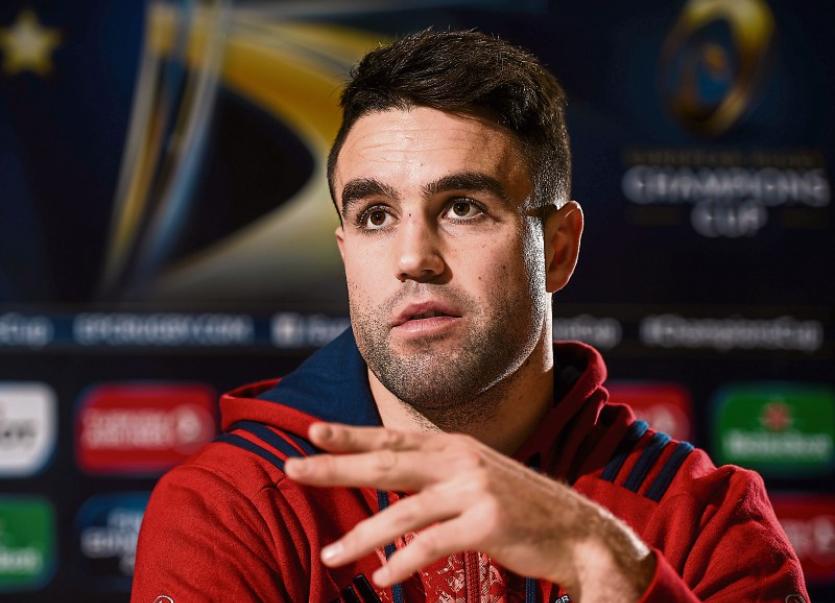 CONOR Murray, favourite to be starting scrum-half for the Lions in New Zealand next summer, comes up against his closest rival for the number nine jersey this Saturday.

In-form Murray is again sure to be a key figure for Munster as they tackle Leicester Tigers, with England's Ben Youngs at scrum-half in Saturday's glamour Champions Cup clash at Thomond Park, 3.15pm.

The clash of Murray and Youngs is perhaps the most eagerly awaited individual battle ahead of this weekend's big Pool 2 showdown.

Murray will return to Munster's starting line-up this weekend on the back of a string of excellent performances for Ireland in the autumn internationals, including an historic first ever win over New Zealand and most recently a victory over Australia.

Murray said: “I feel really good. Since the South Africa tour, (I have) more of a leadership role, not necessarily talking more, I just feel a lot more comfortable in the group, not just in Ireland but in here at Munster.

“I feel confident about my own game and that allows you play a lot better. If you have got a few hang-ups in your head about your form, and if things aren’t going your way selection-wise, it has just been a good month for me and I feel really really good about my game.

“My body feels really good, really fit, that’s half the battle. If you can be injury-free and playing week in week out, you build that form. I am in a good place right now.

“It’s going to be a long year but I am happy with the start I have made. But there are going to be massive challenges ahead.”

Murray described the province's eight-week block of games - which kicked off with last Friday night's dramatic Pro12 win over Glasgow - as 'massive'.

“Fellas that you have been training and playing with, they want your place, you want their place in the national squad and then you have got Europe again afterwards.

“When you look back at these weeks afterwards you are going to be in one direction or another for your season.”