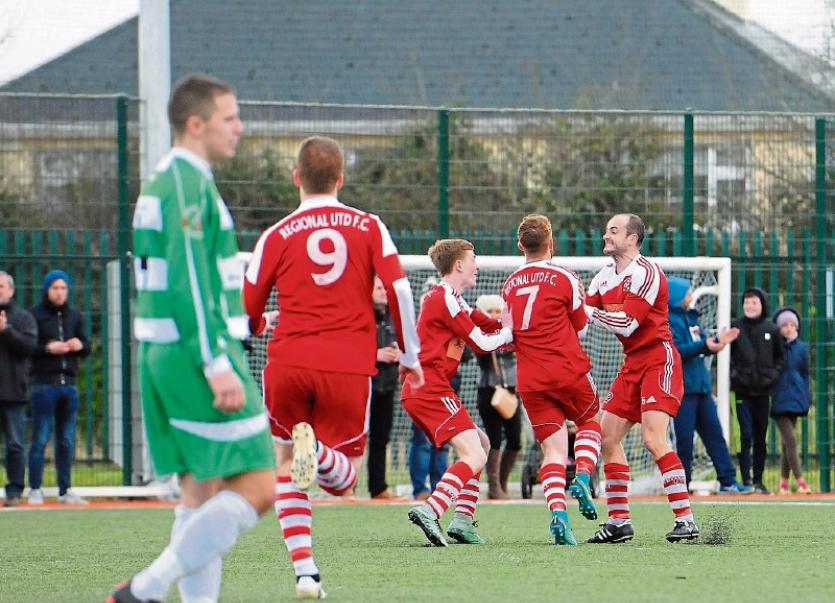 LAST season's FAI Junior Cup runners up Pike Rovers tumbled out of the competition at the weekend, losing out in a penalty shootout to fellow Limerick side Regional United at Dooradoyle after the sides finished tied 1-1.

Pike were hoping to go one better this time out but they were unable to put away a determined Regional side on Sunday afternoon, who got better as the game went on and held their nerve to outscore their opponents in the shootout.

And the game was marked out by a stunning goal by Regional's Michael Guerin, who collected 30 yards from goal and with little movement in front of him opted to let fly with a shot that left Gary Neville a mere spectator as it flew to the top corner.

Pike took a first half lead and were in control of the tie with Eoin Hanrahan and Colin Daly pulling the strings.

An injury to Hanrahan in the second half blunted Pike's effectiveness and saw the home side get back on par.

Extra time failed to produce much of note so penalties were required to separate the sides.

Regional made the call to replace keepers with a minute remaining and it was a move that worked out as Sean McNamara saved two of Pike's efforts.