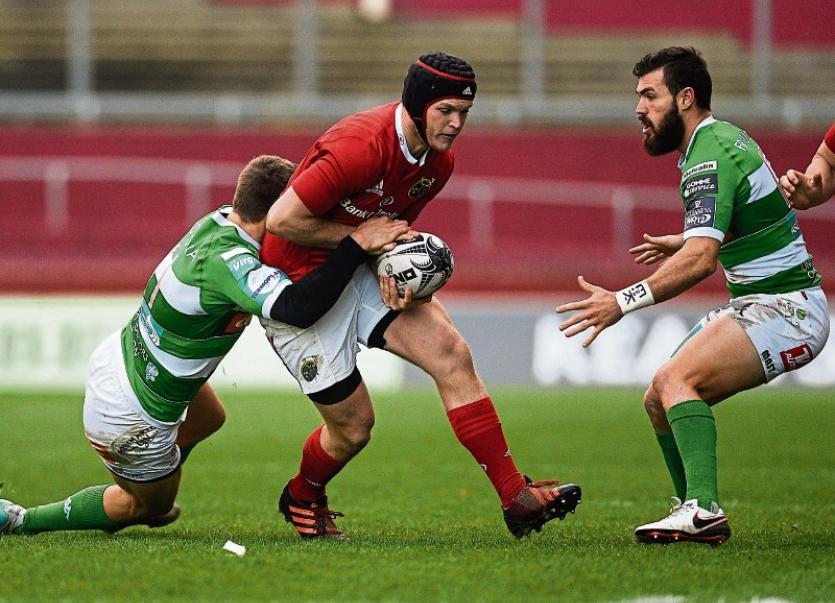 MUNSTER'S Director of Rugby Rassie Erasmus says the side is in 'a good place mentally' ahead of crucial fixtures in both the Guinness Pro12 and European Champions Cup.

In-form Munster made it five wins on the bounce in all competitions when easily dismissing Treviso's meek challenge in a 46-3, seven-try rout of the Italians at Thomond Park on Saturday.

Munster will also be boosted by the return of their Irish internationals this week following the completion of their successful autumn international programme.

Keith Earls struck for a vital second half try as Joe Schmidt's Ireland side scored a dramatic 27-24 win over Australia at the Aviva Stadium on Saturday evening.

In so doing, Ireland became the first European side since 2003 to defeat Southern Hemisphere heavyweights South Africa, New Zealand and the Wallabies in the same year.

Munster Director of Rugby Erasmus said: "I'd be lying if I say we're not mentally in a good place. I think I was honest after the game against Cardiff, when I said we were so bad in that specific game, almost giving up.

“Then we had that sluggish game where it took about two hours to play. We got through those frustrating times but now we are in a good place.

“We're going to play them (Glasgow) four times I think in the next two or three months.

“We've seen what they did to Leicester four weeks ago. It's such a great challenge but it can be seen as daunting and a nice battle but definitely, definitely a tough one."