Munster close in on Farrell deal but Taute set for exit 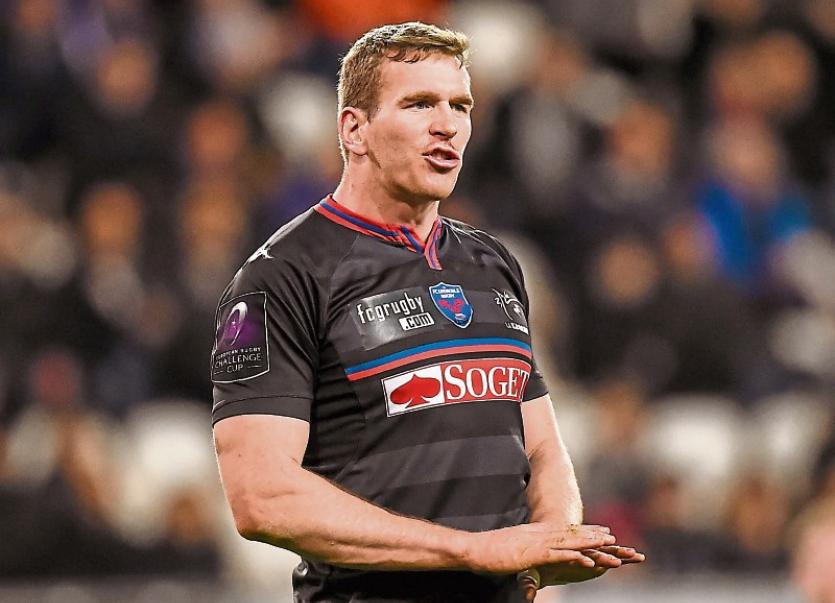 MUNSTER'S South African centre Jaco Taute is set to return home at the end of December, the province's Director of Rugby, Rassie Erasmus has confirmed.

Taute has made a big impact with Munster since joining the province on a four-month short-term deal in September.

The 25-year-old played for the Springboks on three occasions in 2012 and has made 50 Super Rugby appearances. Taute has scored three tries in his six appearances for Munster, since making his debut against Zebre at Thomond Park last month.

Rassie Erasmus said: “He (Jaco) is going back, he is still contracted with the Stormers so we only have him until December 31.

“He was only here while Francis (Saili) was injured so he is going back.

Munster have been linked with a move for Irish centre Chris Farrell from French Top 14 club Grenoble ahead of next season. Twenty three-year-old has been in France since 2014 but his contract expires next summer.

Erasmus said: “We’ve definitely discussed a lot of things with him, not everything has been sorted out, but he’s definitely one of the players on our radar.”

Erasmus said the recent fixture against the Maori All-Blacks came at an opportune time for the province. The game was staged on the first of two 'free' weekends in the Guinness PRO12.

Erasmus said: “We were fortunate that we had the Maori game where I almost thought the week leading up to the game that it would be good to have two weeks of rest, but now if you look back it was good planning from whoever planned it before I came here, it was well thought through because we were able to play the fringe players there and give them game time.

“Now with the B & I games and in two or three weeks time when we play Leicester it was a good time to see them playing. It’s a bit of a balancing act but it’s nice position to be in but it’s also a tricky one to be in to get everybody match fit and sharp.”