Munster look to kick-on with Italian job in Pro12 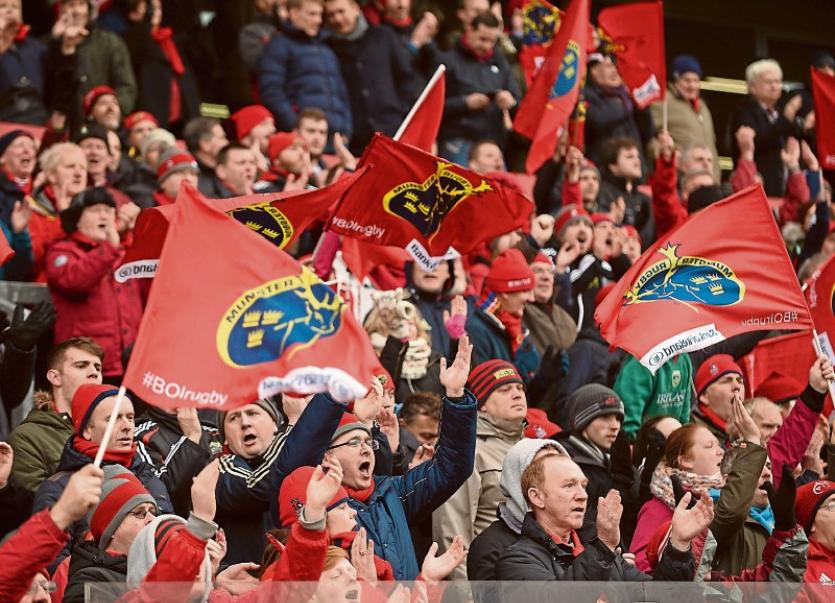 MUNSTER will look to take another step towards going unbeaten at Thomond Park for 2016 when Treviso visit for a crucial Guinness PRO12 clash on Saturday, 2pm.

While much of the focus nationally will be on Ireland's final autumn international fixture against Australia at the Aviva Stadium later on Saturday, 5.30pm, Rassie Erasmus' second-placed charges will be looking to secure a victory over the bottom-placed Italians.

While Munster sit within three points of table toppers Leinster in the Pro12 table, Treviso sit on the foot of the table, with just one win from their eight league fixtures this season.

Munster have won all eight of their fixtures at Thomond Park this year and the province is now just three games away from going through an entire calendar year unbeaten at the Limerick venue. Mind you, two of the three remaining games are against Leicester in the Champions Cup and Leinster in the PRO12 on St Stephen's Day.

Munster had five members of their Academy in the squad which defeated the Maori All-Blacks at Thomond Park last day out, Conor Oliver, Dan Goggin, John Foley Sean O'Connor and Brian Scott,

Back-row Tommy O'Donnell, who was captaining the province for the first time in the win over the Maoris, was impressed with how their young guns had played.

"It is very positive considering the amount of players we sent up to Irish camp and are playing well with Ireland,” O'Donnell said.

“For the Academy lads to come in and slot in seamlessly, I mentioned they have been pushing us hard in training and we are getting to place where our B side training against us are almost as good as us and sometimes on some days are better.

"It is very positive heading into our next batch of games.

“With the weight of expectation you can kinda get bogged down about rugby and what you have to do, certain roles, but at the end of the day, it is a physical game, it's you against your opponent.

“We are getting better at that, going out and expressing ourselves.”

Saturday's Round 9 Guinness Pro12 fixture will not be televised live.