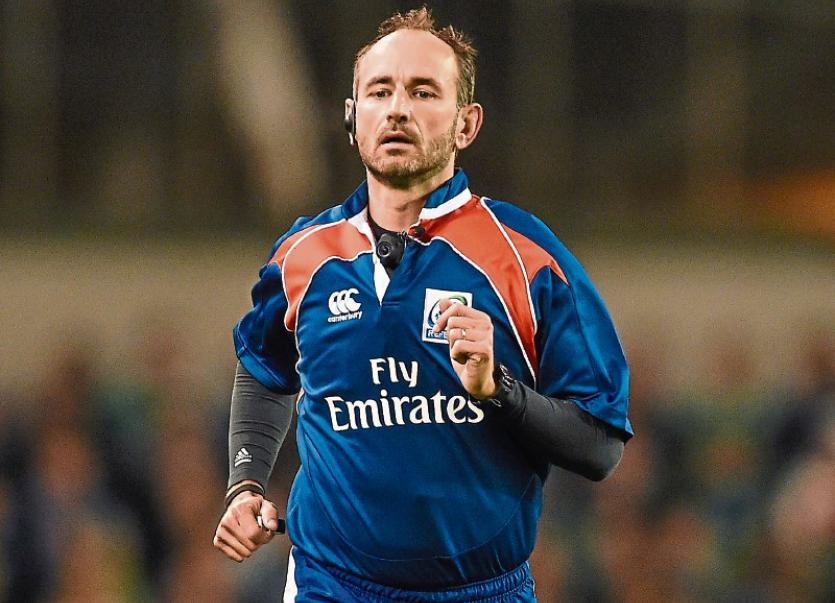 Romain Poite and Pascal Gauzere will referee the crucial Pool 1 encounters in Limerick and Leicester.

Poite will oversee proceedings at Thomond Park on Saturday December 10 at 3.15pm when Munster welcome Leicester Tigers to Shannonside for the second consecutive campaign, while the following Saturday, also at 3.15pm, Gauzere will referee the return fixture in Welford Road.

Bruff referee George Clancy has been appointed to take charge of the Glasgow Warriors v Racing 92 Round 4 fixture in Munster’s Pool 1 as well as the Round 3 Challenge Cup clash of Cardiff and Bath.

Limerick-based referee John Lacey will be the man in the middle for the meeting of Bordeaux-Begles and Exeter Chiefs in Champions Cup round four, while another Limerick-based official  Andy Brace, Old Crescent, will referee the meeting of Sale Sharks and Saracens from the same round and the game between Gloucester and La Rochelle in Round 3 of the Challenge Cup.