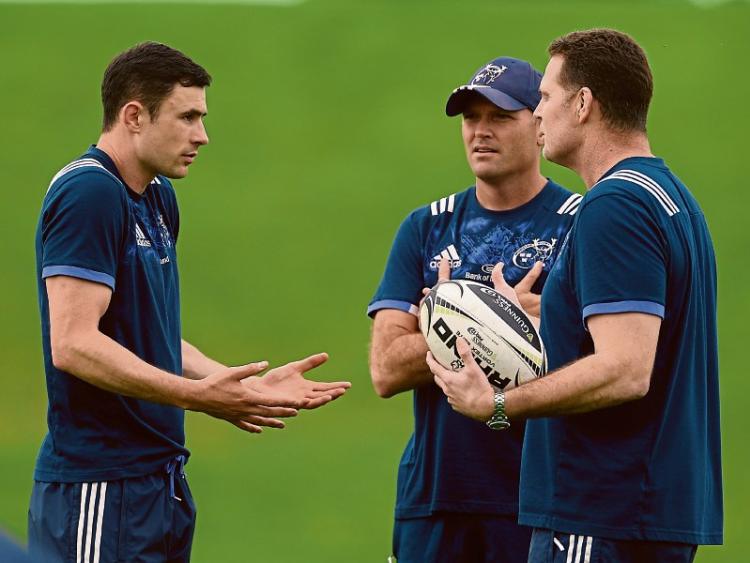 MUNSTER lock horns with the Maori All-Blacks at a 'sold-out' Thomond Park on Friday hoping to become the second Irish side to beat a glamour New Zealand outfit in the space of five days.

Rassie Erasmus will hope his side can take inspiration from Ireland's historic first ever win over the All-Blacks in Chicago on Saturday when they run out to face the Maoris on Friday.

The visitors began their autumn tour with a thumping 54-7 victory of the USA also in Chicago on Friday night.

Erasmus will be without several Irish internationals for Friday's game as Joe Schmidt's side step up their preparations for Saturday's second autumn international against Canada at the Aviva Stadium on Saturday.

Erasmus said: "Like I have said a lot, every week in Ireland I experience something different. You go to Kingspan and Ulster and play there, that was new, and then two weeks ago seeing a full Thomond Park and this week seeing a full stadium and winning proper, every week something new, now facing the Maoris at home.

"The players also see it like that. It is going to be a hell of a challenge. We have seen what they did to the USA. I just know from history, coaching a lot against those kind of boys, they are just wonderful attacking players with great physicality and wonderful skills to watch.

"The nice thing for the players is to feel those skills, to play against players like that is, sometimes smaller guys he tries to sidesteps you and beats you, not many people get the experience to feel that and sometimes you tackle him back and you have won that little battle.

"It is very exciting. Always we would like to try and win."

The third sell-out in as many home games for Munster, the Maori All-Blacks are the third international side to play at Thomond Park since its redevelopment following the All-Blacks in 2008 and Australia in 2010.

Munster's two new scrum-halves who have joined the province on short-term loans as injury cover have been training with the squad this week.

Bay of Plenty halfback Te Aihe Toma and Ulster's Angus Lloyd have joined up with the squad in Limerick. South African prop Thomas du Toit is also at Munster on a short-term deal.