Kilcoyne tries a killer as Munster thump Ospreys in Pro12 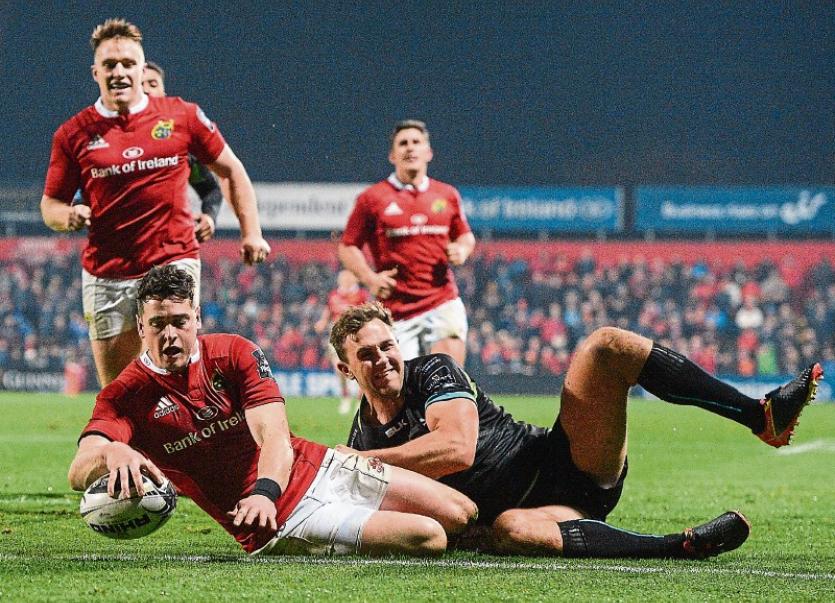 TWO tries from Man of the Match Dave Kilcoyne helped Munster storm to the top of the Guinness Pro12 table after recording a resounding 33-0 bonus point win over Ospreys at Musgrave Park on Saturday night.

A capacity attendance of 8,008 witnessed Munster score five tries in all to move two points clear at the top of the Pro12 table.

Munster led 14-0 at half-time with Kilcoyne and Darren Sweetnam both dotting down within the first quarter of an hour as Munster, who have lost just twice on home soil since mid-January, gave Ospreys a mountain to climb.

Crucially, Ronan O’Mahony crossed for Munster’s third try in the third quarter before Kilcoyne wrapped up the five points in the 69th minute.

The Cork crowd were treated to a Munster fifth three minutes from time through Robin Copeland.

It was the first time in eight years that Ospreys were held scoreless in a competitive fixture.