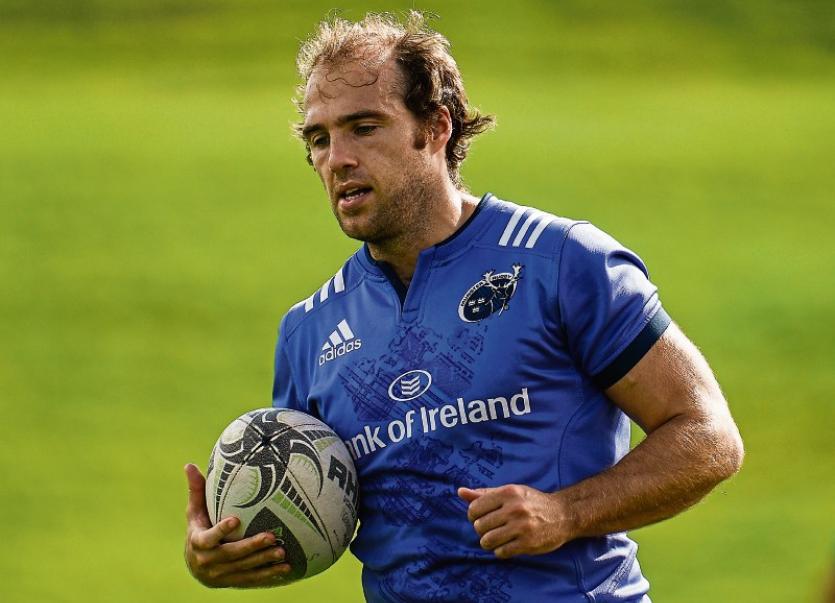 MUNSTER scrum-half Duncan Williams is enjoying the benefits of the squad training for the entire week at their state-of-the-art high performance centre at UL.

Williams says the increased time for interaction between players themselves and between players and coaches has been a significant plus through the opening months of the season.

Scrum-half Williams and his team-mates are preparing for this Friday night’s crucial Guinness Pro12 clash with the second-placed Ospreys at Musgrave Park, 7.35pm.

Williams said: “If we’re all in Limerick we all see every player and every coach three or four days a week whereas before it was one or two days a week.

“We were in Cork doing our own skills sessions and they were doing their own skill sessions (in Limerick) and maybe the transfer and communications wasn’t there so we’re here every day, we’re on the pitch three or four days a week running through things.

“Everybody has face to face communications. You can sit down and have a chat about things over coffee with somebody which you mightn’t have done before and chat through a few things you’re thinking about in the game so it’s a bit of everything.

“Obviously we are five or six games into a new coaching structure as well and there are going to be learnings and the last few weeks we’ve been getting that bit further down the track so we are all beginning to gel together nicely.

“There might be a bit of disruption with a few of the lads leaving but there was a few gone last week and we managed to bring it together again so it will be more of the same again this week.”

With six players away on international duty with Ireland in Chicago where they are preparing for Saturday’s international showdown with World Champions New Zealand, several younger players will get the chance to shine with Munster in the coming weeks.

“There’s lads  at international camp, so there’s the likes of Darren O’Shea, John Madigan a few of those lads; Robin Copeland will get a few games that maybe he hasn’t been getting a look in so much so it’s good to have that competition as well.”