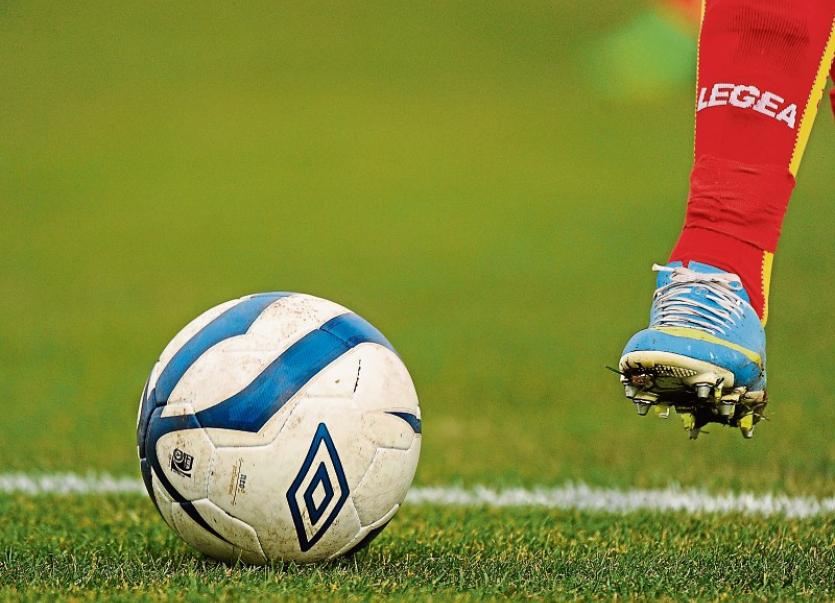 CARRIG Celtic came from 2-1 down to reach the third round of the Munster Junior Cup with a 3-2 victory away to Newcastle West Rovers on Sunday.

Ray Cahill opened the scoring for Carrig in the 16th minute when he rounded the keeper. Rovers equalised six minutes later through Ian Corbett and went in front in the 34th minute when Tom O’Callaghan converted a Shane Stack cross.

Ray Brouder brought Carrig level in the 68th minute and it was from his corner that Donie Nolan scored the winner in the 80th minute.

ABBEYFEALE United moved into joint second place in the Premier Division, four points behind leaders Rathkeale, with a comprehensive 6-1 victory away to Athea United, who opened the scoring with a breakaway goal from Kevin Murphy.

Goals from Cormac Roche and Jamie O’Connor had Abbeyfeale ahead at half-time and the reigning Champions pulled away in the second-half with goals from Mike Sheehan, Tommy Smith, Barry Sheehy and Paul Doherty.

There was a remarkable game between Glin Rovers and Newcastle West, with both sides scoring six. Glin were 5-2 ahead at one stage but Newcastle West staged an amazing fightback, giving a memorable start to Noel Murphy, who took over the team on Friday from Paul Slater and Eddie Brouder.

The first-half was evenly contested, with Glin going in front three times to lead 3-2 at the break. Their goals were scored by Shane Culhane, Darren Sheehan and Paul Sheehan, with Tony Quaid (penalty) and Terry Kavanagh replying for the visitors.

A further goal each from the Sheehan brothers put Glin into a commanding 5-2 lead but Newcastle West drew level with goals from Paul Downes, Keith Power and Terry Kavanagh.

Ger Riordan put Glin 6-5 ahead but still they couldn’t shake off Murphy’s men, with Downes earning them their first point of the season in the most unlikely circumstances.

As well as returning to manage the side after a few previous spells at the helm, Murphy also put on his boots and played the full game at centre-half.

Feenagh B V Ferry Rangers (off)