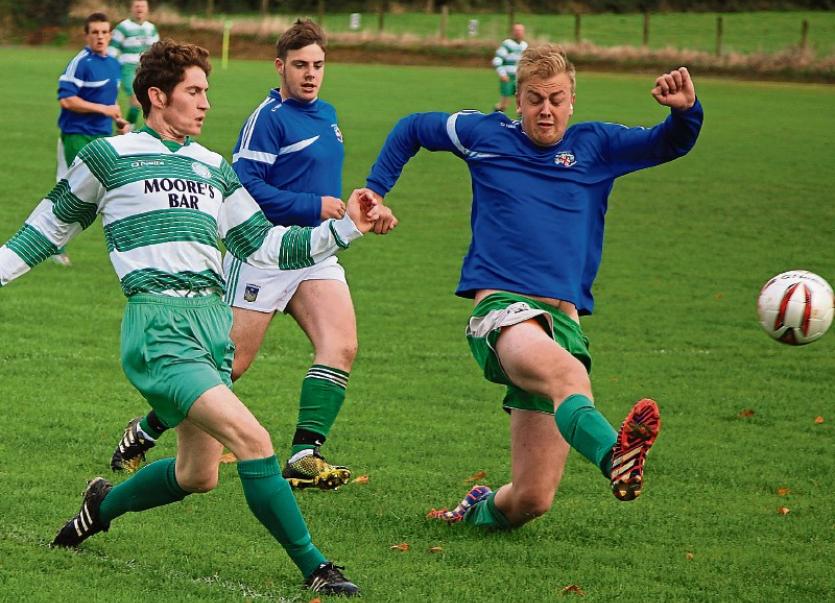 ABBEYFEALE United and Carrig Celtic will join Ballingarry in the draw for the fourth round of the FAI Junior Cup after recording home wins over the weekend.

Abbeyfeale had a hard-earned 2-1 victory against Glin Rovers on Saturday night. Glin opened the scoring in the 8th minute and would have scored two more inside the opening quarter but for a couple of brilliant saves by Billy Quirke.

Jamie O’Connor equalised before half-time. Abbeyfeale dominated the second-half and were rewarded when Barry Sheehy scored an 89th minute winner.

Carrig Celtic scored a goal in each half in their 2-0 win over Mastergeeha. The scorers were Ray Cahill and Anthony Molyneaux.

Rathkeale maintained their 100 percent league record and went four points clear in the Premier Division with a 3-1 victory at home to Athea United.

They led 2-0 at half-time with goals from Declan Nash and Danny Neville and left-back Thomas Quilligan added a third before Kevin Murphy pulled a goal back in the 80th minute.

Newcastle West Rovers leapfrogged over Broadford United into second place after beating Jim Neenan’s men 3-1 at home. Seoirse Joyce, from a pass by Tom O’Callaghan, opened the scoring in the 16th minute and Michael Begley equalised for the visitors in the 35th minute.

O’Callaghan again provided another assist in the 40th minute when he set up Ian Corbett. Padraig Kinehan scored the insurance goal in the 62nd minute from a cross by Shane Stack.