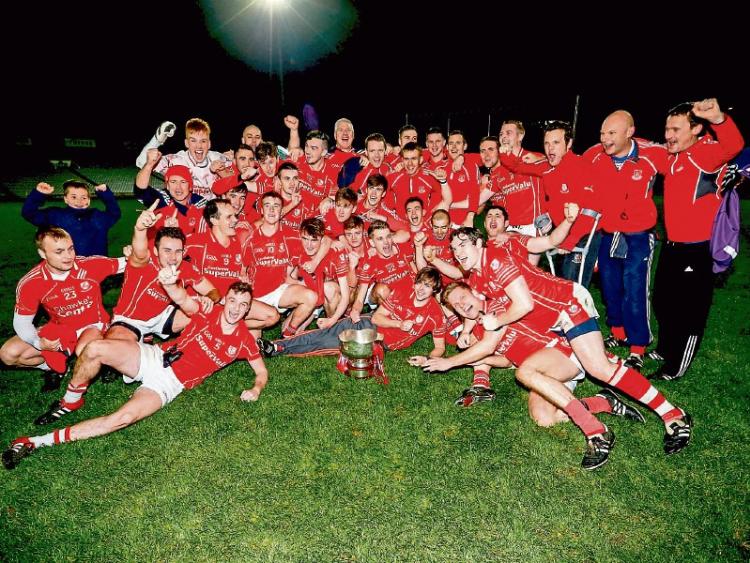 MONALEEN bid to bring Limerick’s losing streak to an end in the Munster club SFC this Sunday.

The Limerick senior football champions are now seven years without a win in the provincial championship – with defeats to teams from all five counties.

High-flying Monaleen welcome Cork’s Carberry Rangers to the Gaelic Grounds on Sunday (3.00) in the quarter final of the championship.

Beaten Munster finalists back in 2002, Monaleen’s last two provincial championship visits – 2010 and 2111 – ended at the first hurdle in Cork and Kerry respectively.

On Sunday Monaleen are underdogs with the west Cork side 3/1 to lift Munster silverware and Monaleen outsiders at 14/1.

But Monaleen confidence is high and after a Limerick hurling and football double they are now chasing provincial honours on the double. Last Saturday they advanced to the Munster club IHC semi final with a thrilling extra time win over St Josephs Doora-Barefield. Next up for the Monaleen hurlers is a November 5/6 semi final with Kerry’s Kilmoyley in the Gaelic Grounds.

Ger Collins, Ed Doyle and John O’Dwyer are starters on both teams and face into a ninth weekend of championship fare.

Elsewhere next weekend, Adare have received a walkover with no Waterford representative for their Munster club IFC quarter final. The Limerick intermediate football champions must now travel to Cork to play Kiskeam on November 12/13.

After three successive weekends of championship finals, there will be no silverware on offer in Limerick this Bank Holiday weekend.

On Saturday (2.00) the Limerick IHC semi final replay takes place in Bruff with Kildimo-Pallaskenry playing Pallasgreen. Mungret await the winners in the final on November 5/6.