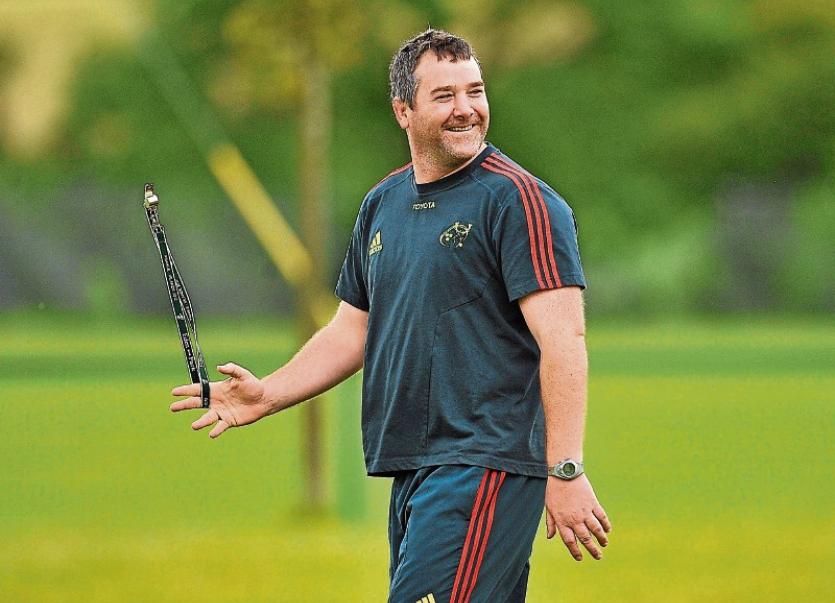 MUNSTER rugby have confirmed that this Saturday’s Champions Cup fixture with Glasgow Warriors at Thomond Park is now sold out as fans turn out to honour head coach Anthony Foley.

Special tributes will be paid to Munster’s first Heineken Cup winning captain Foley who was buried yesterday in Killaloe. Saturday’s Pool 1 fixture has a 1pm kick-off.

Munster fans are invited to remember the iconic coach, former captain and friend at the game.

From 11am, books of condolence will be open for all supporters in the Fan Zone under the East Stand and in the MRSC bar.

A special commemorative match programme, documenting Anthony Foley’s life in rugby and the tributes paid to him in recent days, will be on sale at the ground with a percentage of proceeds going towards a fund or charitable cause to be agreed upon by the Foley family with support from Munster Rugby.

A minutes silence will be observed during which a special tribute to Anthony will take place in the West Stand. Supporters in the West Stand are asked to take their seats no later than 12.40pm in order to facilitate this.

As a mark of respect to Anthony Foley who made the Munster number 8 jersey his own for so many seasons, the number 8 jersey will be retired for Saturday’s game with CJ Stander to wear number 24.

On the pitch before kick-off, in recognising Anthony's achievements and lifelong association with Shannon RFC, the Munster Rugby Supporter's Club Choir will perform 'There Is An Isle', and soprano Sinead O'Brien will join the Choir to perform 'Stand Up And Fight.

In further recognising his life in rugby, young players and students from Shannon RFC and his former school of St Munchin's will form a guard of honour as the teams take to the field.

At half time the girls rugby team from Anthony's own Ballina/Killaloe will take part in our mini rugby display alongside Bruff, Waterpark and Tralee/Listowel.