John Lacey: "We shed a few tears in Anthony's office this week" 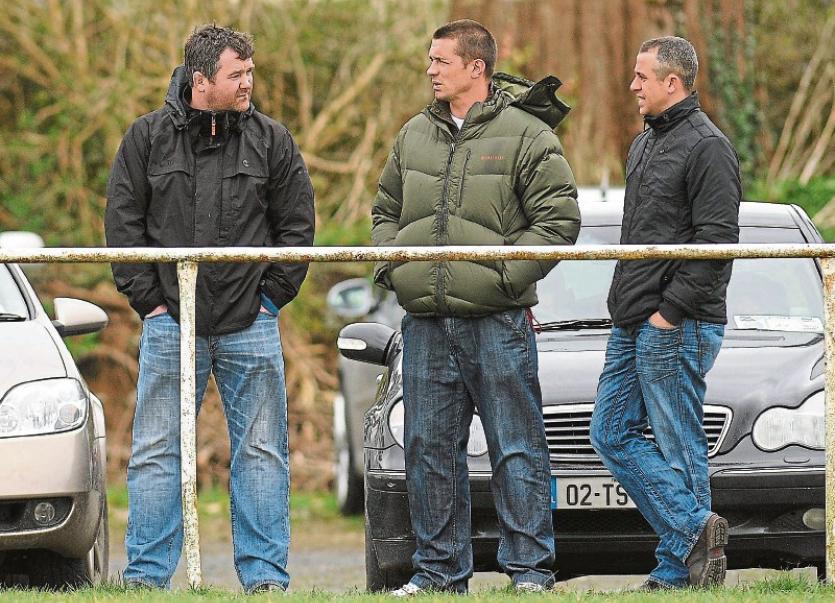 TOP international rugby referee John Lacey was at Nice Airport in the South of France on Sunday lunchtime about to fly home when he received a call relaying news of the shock death of his former Shannon and Munster team mate.

Lacey had refereed the high octane clash of Toulon and Saracens in the opening round of the Champions Cup the previous day.

On Monday, Lacey who works closely with the Munster squad in his role as a coach development officer dropped in to the province’s new High Performance Centre at UL. The Munster players were on a day off after arriving back from Paris late on Sunday night.

However, some of the heart-broken players made their way to their new UL training base also to be together and comfort each other at a very difficult time.

John Lacey explained: "UL has been surreal the last few days. Fellas came in on Monday because they wanted to come in. Out of respect for Anthony we went upstairs and sat in his office. Keith Earls was there. There were a few tears around the place as you would expect.

“Coming back in to training on Tuesday, the players on the pitch are being very professional, doing what Anthony would have wanted probably, get on with it and try and put in a performance at the weekend. It is not easy.

“But the number of people who have come in to sign the book of condolences in the office is just unbelievable.

“1997 was my first season playing with Shannon. I had played with Anthony before that with Munster when I got capped out of Sunday's Well. He was a part of those sides.

“He was always one of the leaders, along with Gaillimh (Mick Galwey) and Claw (Peter Clohessy), those type of guys back then. They were the guys you always looked up to.

“There were 10,000 people at a club game back then and then maybe a few thousand at an interpro game back in my day. We played eight or nine provincial games early and then you played more club games. The club game was nearly bigger at the time, but that quickly changed with the advent of the professional game with contracts.

“Axel was full-time and there were a lot of us part-time back in those days. We played and worked. For me, he was the guy who gave me a lot of handy tries, he did all the hard work and I was out on the wing looking pretty with the Shannon and Munster packs throwing the ball out to me.

“Anthony was in great form all the last couple of months. Every Monday he would be having the craic, ‘oh, referees are killing us again, he’d say to me!" There was a smile on his face.

“The outpouring of grief since Sunday has been incredible. I just think Irish people, we love a hero and love a sportsman, even people who may not have known him. With Munster rugby, people feel part of the province and they feel part of the journey and rightly so.

“People are devastated for his wife, his two sons, a lovely family who put their heart and soul into everything Munster stands for. People can identify with that. It is so sad that he is gone so early.