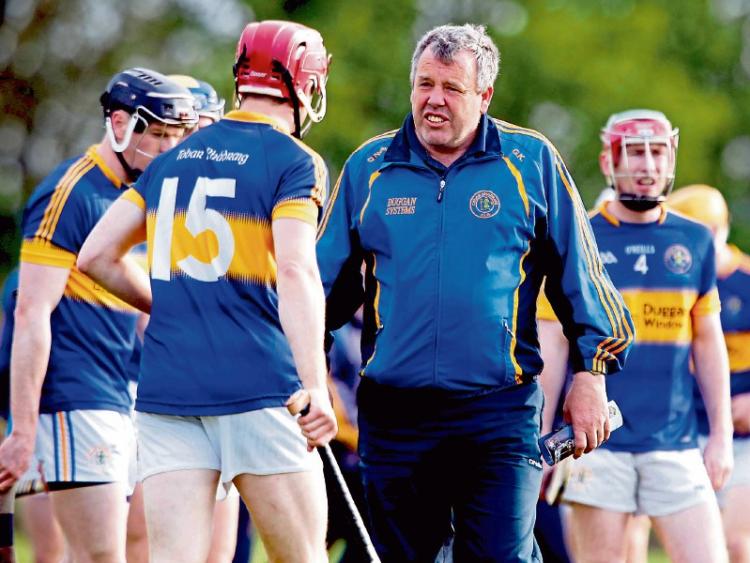 GARY Kirby has 10 Limerick SHC medals and on Sunday bids to end a 13 year wait for the club’s 19 county title.

“For a club that is used to winning the wait is too long – we lost in 2006 to Bruree and last year to Na Piarsaigh,” recalled Kirby of their record since last lifting the Daly Cup in 2003.

Kirby is back for a second stint as Patrickswell manager – back in 2011 his side were beaten two points in the semi final by a Na Piarsaigh side enroute to their maiden county and Munster titles.

The departure of Ciaran Carey and Mark Foley to the Kerry senior management saw Kirby return in the off-season.

“In fairness to Ciaran and the boys they had the panel in great shape and we have only tweaked things a little bit,” said Kirby this Wednesday afternoon.

Beaten in the county final 12-months ago, there was only one goal for the new management.

”Winning the title was the ultimate goal,” he said of the season target.

“The motivation was there for the playes to get back to the final and go one better than last year.”

“At the outset of the championship we knew we could qualify for at least a quarter final and we planned for that. We had Adare in the first game and in fairness we had beaten them about 20-points in the semi final last year so we knew to expect something from them. After we lost that we were planning for teh quarter final and took about four or five weeks off in the Summer and then came back at it.”

”The way I look at it if you are going to win a county title then you have to be able to beat everyone. At the outset of the champions Na Piarsaigh, Kilmallock and Doon were the three big teams and we have beaten two – although Ballybrown have played the three of them!”

Kirby played in two of the previous county finals between Patrickswell and Ballybrown.

”I went into their semi final and I really didn’t mind who won. They were excellent and are in this final on merit. There is a great rivalry and it’s nice to have the two from the parish in the final. Hurling is about rivalry,” outlined Kirby.