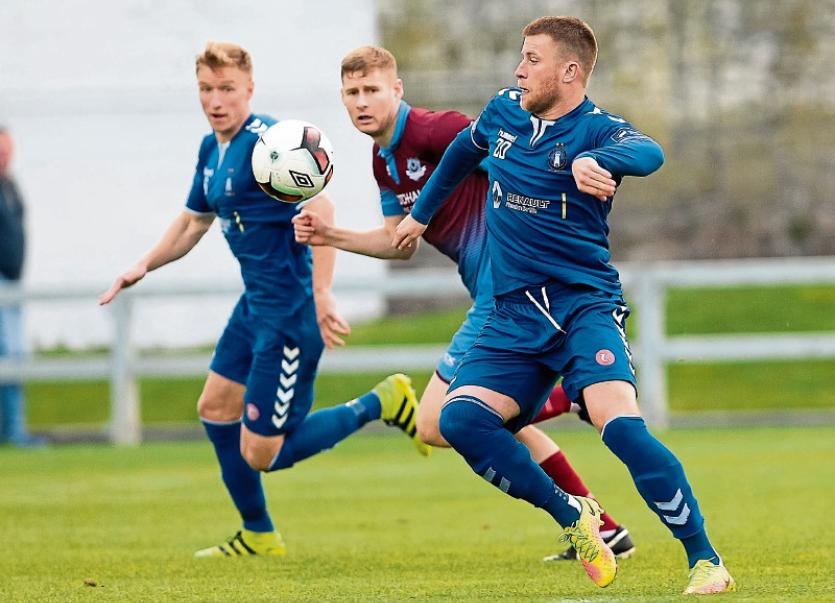 CHAMPIONS Limerick FC complete their programme of games in the SSE Airtricity League First Division this Saturday with a visit to Cabinteely, 7.45pm.

Limerick received the First Division trophy following their final home league fixture on Saturday which ended in a 2-1 victory over promotion-chasing Drogheda Utd.

Martin Russell’s side sit a whopping 23 points clear of the second-placed Drogs ahead of the Blues trip to Stradbrook to face Cabinteely.

Limerick FC manager Martin Russell said his own future at the club and the issue of signing new players for next season is being discussed at present.

Russell explained: “Listen, there has been some discussions and you are looking at things. It’s all in the melting pot really.

“I think most clubs, bar the top couple, who have players under contract, most clubs, even in the Premier Division, will be looking to negotiate and sign new players.

“Listen, there has been some talking and it just has to sort itself out.

“It is fair to say that my own position has to be cleared up soon enough as well. There is no point in me saying what should be done and then me not being here. That is probably a week as well.

“When these things clear up, the club will have a Premier Division season to look forward to. It is good to be there.”