O'Mahony: 'Munster must be hell of a lot better' in Paris 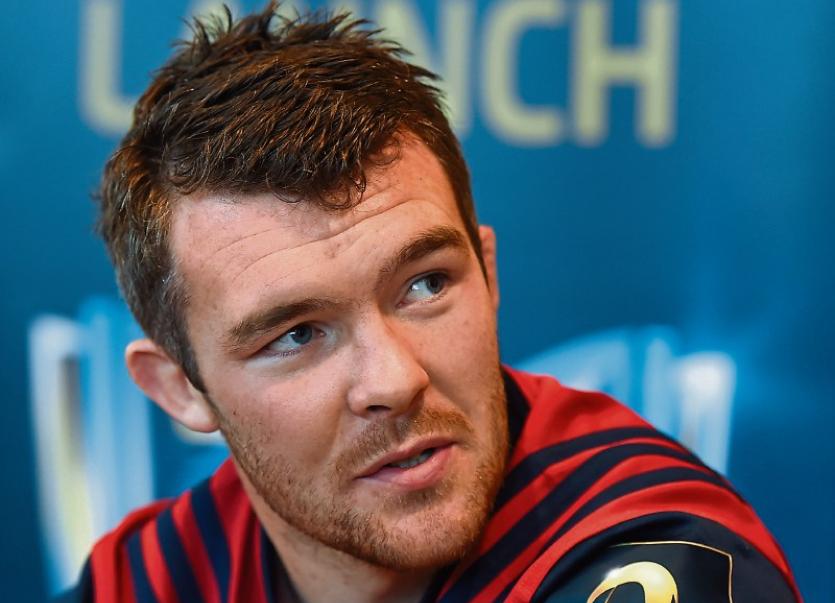 Saturday’s 25-14 loss to their arch rivals at the Aviva Stadium means Munster have now won just one of their last six fixtures against the three other Irish provinces.

Rassie Erasmus charges, who have slipped to fifth place in the table as a result of this defeat, take on Racing 92 at Stade Yves-Du-Manoir at 3.15pm Irish time on Sunday.

Munster captain Peter O’Mahony, who made his first start for the province in more than year on Saturday after returning from a serious knee injury admitted the side needed to be ‘a hell of a lot better’ against the French Top 14 champions.

Munster are 40/1 outsiders to win this season’s Champions Cup, with Sunday’s opponents racing 92 available at 5/1. Saracens head the betting market.

Speaking in the wake of Munster’s defeat to their interprovincial rivals, O’Mahony said: “It was a tough one. We came up against a better team today, 100%.

”We had a lot of opportunities in their ‘22 and coughed away ball which doesn’t help against a side with that kind of quality.

”We have a big couple of weeks ahead, so we can’t be feeling sorry for ourselves.

”We have to learn from our mistakes and kick on over the next couple of weeks.

”Racing are a quality side, Top 14 champions, a big physical team with obviously a quite expansive game as well.

”We will have to have a good look at them. We will review our game and we need to keep building.

”Some of the young fellas have put in some great performances over the past few weeks, so we have to build on that.”

Despite his lengthy lay-off, O’Mahony was not feeling any ill effects from having played 40 minutes in a high intensity game such as Saturday.

”I am feeling good. I was just down for 40 (minutes). I need to gradually step back into it, so it was good to get another 40 under my belt, especially with that intensity.

”The first half was very fast, but I’m feeling good. Its a couple of days recovery now and a big few weeks ahead.”