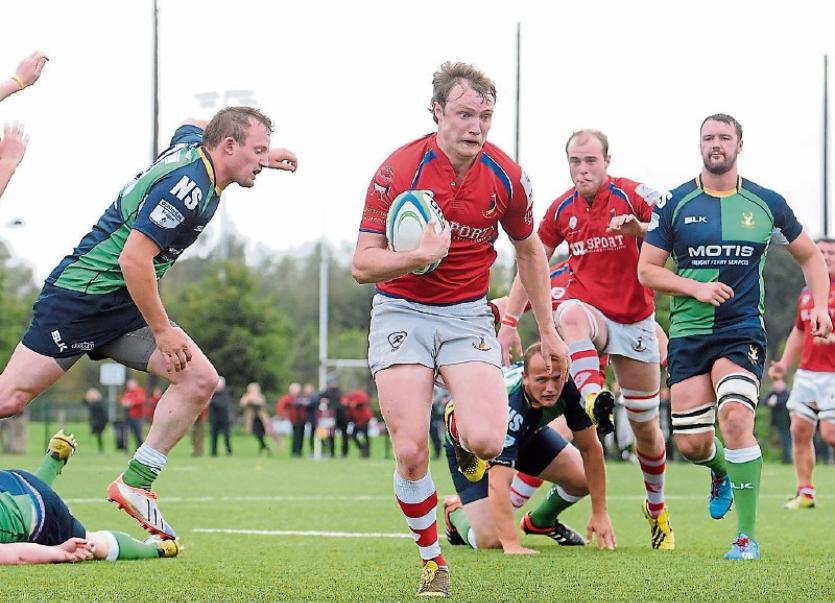 Young Munster moved second in the 1A table, three points behind pacesetters Lansdowne thanks to an impressive bonus point victory over Cork Con at Temple Hill.

Munster back-rower Robin Copeland scored two tries for the Greenfields side, including one stunning solo effort.

Garryowen will approach this weekend’s home tie against Con with renewed vigour following their excellent away victory over Old Belvedere.

The result moved Garryowen into seventh place in the table, one point and two places ahead of Con.

In Division 1B, high-flying UL-Bohemian host Old Wesley in a top of the table clash on the 4G rugby pitch at UL.

Christy Neilan’s UL-Bohs’ side are one of just four clubs in the league to have a maximum 10 points after two rounds of games.

Saturday’s opponents Old Wesley have also won their opening two fixtures and sit two points behind the Red, Red Robins in the table.

Also in 1B, Shannon will be anxious to pick up their first win of the campaign when they make the long trip to Ballymacarn Park to face Ballynahinch. Shannon have picked up just a single losing bonus point from their opening two games.

Meanwhile, in Division 2B, Old Crescent host Wanderers at Rosbrien, while winless Thomond travel to City of Derry. In Division 2C, Bruff are on the road to Seapoint.