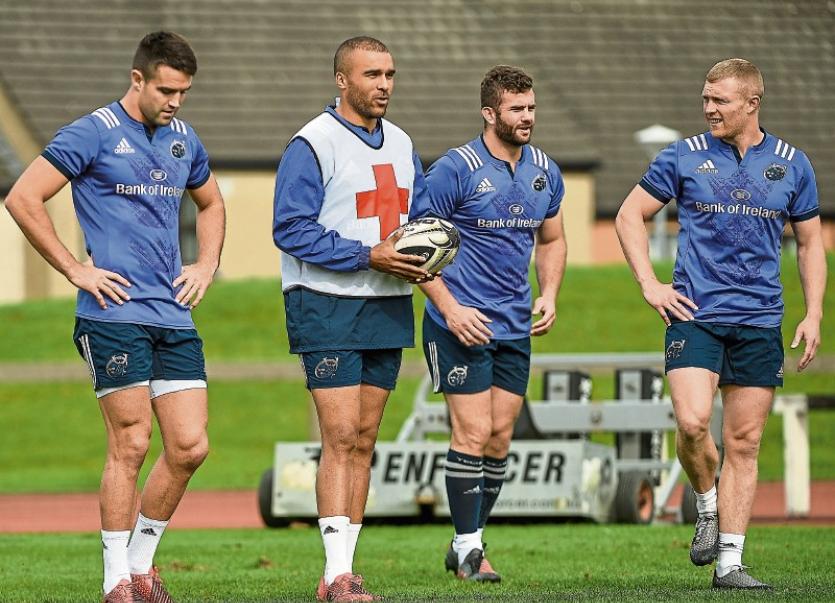 Munster Director of Rugby Rassie Erasmus has included 12 internationals in his starting line-up to face the Italians with Simon Zebo and Tommy O’Donnell returning to the starting team, while Peter O’Mahony is in line to make his first appearance for the province in 12 months after being listed among the replacements.

Erasmus makes no less than eight changes from the side which scored a bonus point win over Edinburgh a week ago.

Following the successful rehabilitation of an ACL rupture sustained in Ireland’s historic World Cup win over France last October, O’Mahony will hope to see some game time after being named amongst the replacements.

In terms of starting XV changes, Zebo has overcome a rib injury while Tommy O’Donnell has now completed return to play protocols for concussion and will start at fullback and openside respectively.

Front rowers Duncan Casey and Stephen Archer make their first starts of the season with Taute to make his Munster debut at inside centre.

A late withdrawal from last weekend’s win over Edinburgh, Donnacha Ryan has recovered from illness to form a brand new second row partnership with O’Shea.  In doing so, Ryan will win his 150th Munster cap and is the first member of the current squad to reach the milestone.

The final change to the starting XV is a positional one where captainBilly Holland switches to the back row.

Saturday’s game will not be televised live.

In contract news, Munster Rugby can confirm that former Leinster academy player Steve Crosbie has signed a three-month development contract and will join the province at the start of October.

The 23-year-old outhalf made two PRO12 appearances during his time in the academy and represented Ireland U20s during the 2013 6 Nations and World Championship.