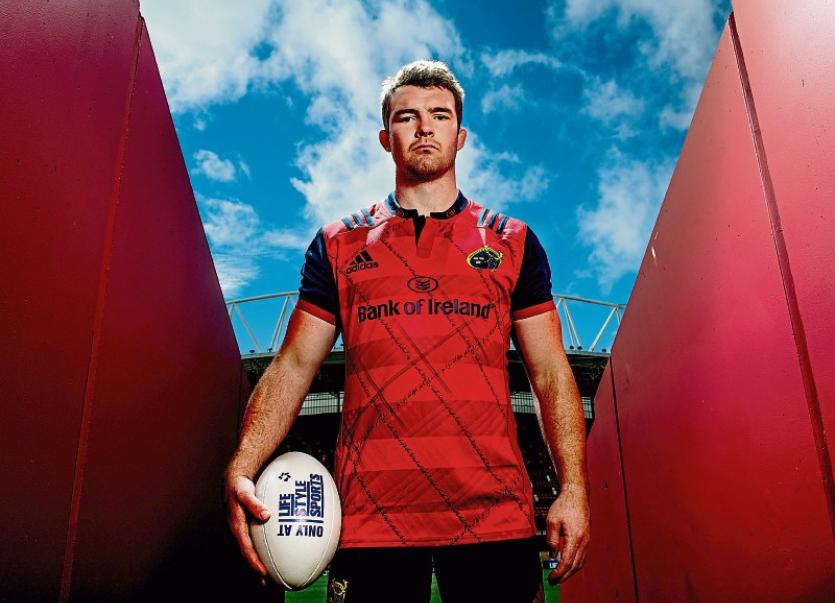 MUNSTER captain Peter O’Mahony is set to put 12 months of injury heartache behind him when the province hosts Zebre at Thomond Park on Saturday, 5pm.

O’Mahony has been sidelined since sustaining a serious knee injury while playing for Ireland against France in the Rugby World Cup last autumn.

The back-rower, who ruptured his ACL in Ireland's historic win over the French, is in line to make his first Munster appearance since May 2015 this weekend.

The 27-year-old is now looking forward to making up for lost time.

He insists that, at the time it happened, the long-term nature of the injury made it easier to deal with.

O’Mahony said: “It was easier for me, the fact that it was a really long-term injury. It wasn’t a three weeker, or four weeker, that I missed the rest of the World Cup.

“When it happened my family said that night that I was really happy, normally I would be very cranky about injuries, when you get a four weeker or six weeker. You would miss some important stuff. I was happy enough, not that I had done as much as I could.

“But that was me for a few months. I was happy enough with that. I took that approach, but the last couple of weeks have been great in some ways. I was getting back in. But even just back training as a group.

“Training on your own is tough when you are involved in a team sport. And just getting back in in the last two months, back involved in the squad time schedule was a big step forward for me and gave me a lot of motivation to kick on and get in full training.

“It’s funny when you are being selected all the time and you are in every session, you take it for granted.

“But now every time for the last two or three weeks when I have lacing up the boots to go out and do a full session it has been really exciting for me and something I would like to continue in my mindset before I take the training pitch, just enjoying it and enjoying the feeling of being in the dressing room and being ready to go with the squad.”

O’Mahony’s time on the sidelines coincided with the birth of his daughter Indie.

“I had a little daughter in April as well, first one so I was kept on my toes with her. That was probably good timing for everyone. The fact that I was around a bit more with that. I have plenty of pastimes so I wasn’t hanging around at home.

“Rugby wise now it's an exciting time of the year. I would probably prefer to have some more time under my belt before the new few weeks, but hopefully if I get out there at some stage over the next fortnight that I will be able to show some form which is obviously very important at the moment."