Zebo set for Munster return with Taute in line for debut 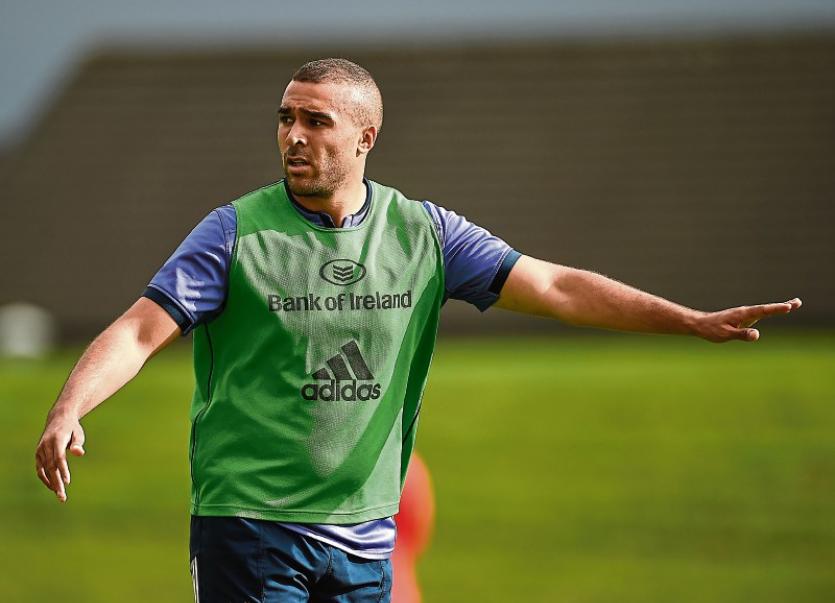 SIMON Zebo is in line to return for Munster in Saturday’s Guinness Pro12 clash with Zebre at Thomond Park, 5pm.

Zebo has been sidelined with a rib injury, since Munster’s Pro12 season opener against Scarlets, with the winger/full-back missing three games as a result. However, having recovered, the Irish international is in the mix for selection this weekend.

Director of Rugby Rassie Erasmus confirmed that Tommy O'Donnell looks good to play on Saturday after following return to play protocols for a concussion sustained against Cardiff in Round 2 of the Guinness PRO12.

This weekend’s clash with the Italians could well see a debut for Munster’s new South African centre/full-back Jaco Taute.

Stormers and Western Province centre/fullback Jaco Taute has joined the province on a four month loan basis. Taute has been waiting on the final paper work relating to his work permit being completed.

The 25-year-old played for the Springboks on three occasions in 2012 and has made 50 Super Rugby appearances, having also represented the Lions.

Saturday’s game at Thomond Park will not be televised live.