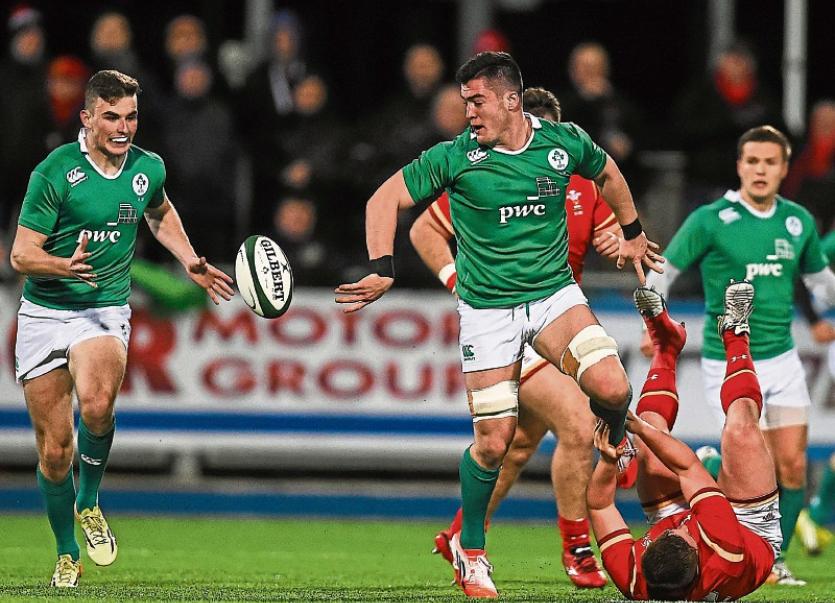 Brown, who impressed for the Ireland U-20s in their run to the Junior World Championship final this summer, has penned a one year deal with the French side coached by former Irish international Jeremy Davidson.

Dynamic ball carrier Brown, who was a member of the Munster Sub-Academy last season, was not offered a place in the Munster Academy this term despite impressing at the Junior World Championship.

Twenty year-old Brown said: “I was contacted by Jeremy Davidson at Aurillac about three weeks ago to see if I would be interested in joining them

”He had seen me play at the U-20 World Cup. He contacted me later then again and said there was a contract there for me if I wanted it. It went from there.

”I am heading over this weekend to Aurillac. It is a bit surreal, a dream come true, really.

”It is a full professional contract for one year initially with an option to extend it. I am looking forward to it.

”Jeremy has placed a lot of emphasis on bringing young players through over the past number of seasons. Aurillac is a rugby-mad town in south central France, similar to us here in Limerick.

”They reached the Pro D2 final last year and narrowly missed out on promotion to the Top 14. We will be looking to build on last year and hopefully go one step further.

”I have watched a lot of French rugby over the past few years. There is a lot of ball carrying involved, a lot of hit-ups. That kind of style suits me.

”I enjoy carrying the ball and taking it on. Jeremy spoke to me about that when he saw my video clips.

”It is always about adding strings onto your bow as well. I’m sure I will work on other parts of my game and hope to improve them as well to become a better all-round player.”

Former Ulster winger Conor Gaston, who also played for London Irish, is a member of the Aurillac squad.

”Aurillac want me over as soon as possible because the season has started. They beat Perpignan 42-13 at the weekend.”