Quick start crucial for Munster to win fans back 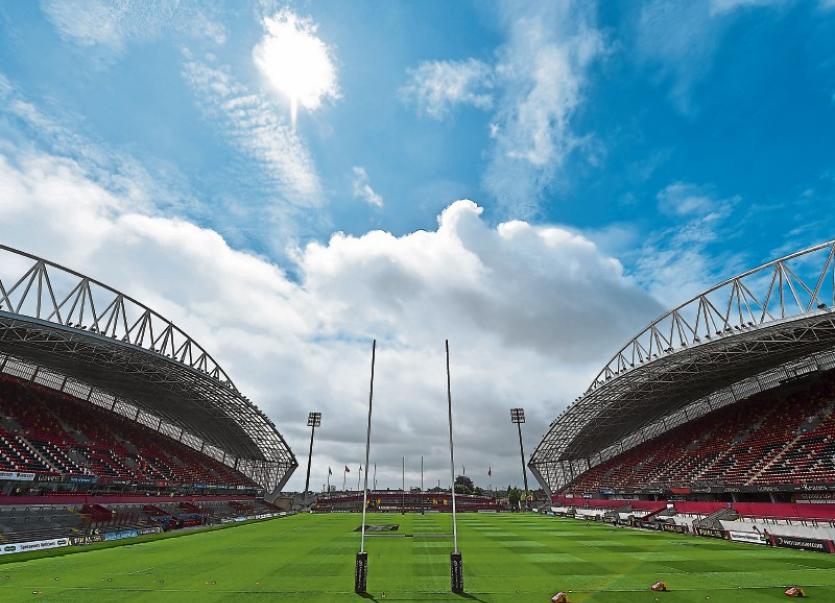 THE level of excitement generated among Munster supporters by the arrival of new Director of Rugby Rassie Erasmus has waned in recent times with news of long-term injuries to Francis Saili, Johnny Holland and Mike Sherry.

At least Erasmus and co shouldn’t have to deal with a very high level of expectation among the province’s rugby fans as the season kicks off next weekend.

I say ‘shouldn’t’ because expectation levels among supporters in the province’s is traditionally higher than it should be and that’s allowing for a thoroughly disappointing 2015/2016 season when the season scraped into the Champions Cup after finishing sixth in the Guinness Pro12 table.

So what can fans realistically expect from a squad which didn’t qualify for the knock-out stages of the often-maligned Pro12 last term and failed to progress from the pool stages of the Champions Cup for a second successive season.

And let’s be clear – Munster find themselves in a significantly more difficult Champions Cup pool this time round with French champions Racing 92, English heavyweights Leinster, who completed a home-and-away double over Munster last term, as well as 2015 Guinness Pro12 winners Glasgow Warriors.

At least Erasmus and his backroom team have six Pro12 fixtures before then to prepare for the Sunday, October 16 visit to Paris for an opening fixture with Ronan O’Gara Racing side.

Erasmus & Co will be helped in the preparation of the side for marquee fixtures throughout the season by the opening of the long anticipated single training base located at UL.

Prior to this Munster operated from two separate training bases in Limerick and Cork. The move to one centre is sure to benefit the team’s performance.

Former Munster team manager, Shaun Payne believes up to four hours of training time was compromised each week by the province’s use of two training bases

Current team manager Niall O’Donovan said: "I believe it will help the group dynamic further with players spending more time together, the competitive edge will be enhanced and will add to training sessions.

”The time spent on commuting will be reduced significantly with a more productive workload achievable during those previously factored in travel-times."

So from that point of view, the South African duo of Director of Rugby Erasmus and defence coach Jacques Nienaber have arrived at Munster at an opportune time with the coming on stream of the start-of-the-art training facility.

THE make-up of the Munster squad has changed significantly during the summer months.

The Munster squad has been boosted by the arrival of Sam Arnold (Ulster), John Andress (Edinburgh), Darren O’Shea (Worcester), Jean Kleyn (Stormers). The quintet of David Johnston, John Madigan, Seán McCarthy, Rory Scannell and Alex Wootton have all graduated to the senior squad this season.

There has also been strong speculation in recent weeks that Munster are set to announce the signing of South Africa international centre Jaco Taute on a short-term deal.

But will the influx of new players offset the drain in experience the side has endured? Only time will tell.

Munster have experienced a mixed bag on the injury front over the summer months.

The good news first. Captain Peter O’Mahony is set to make his long-awaited comeback from a long-term knee injury – having missed the whole of last season with the province – later this month.

O’Mahony’s return is a huge boost to the province. He has not lined out for the province now for 17 months and his return to fitness will be like the signing of a new player in many respects.

The teak tough back row forward provides vital leadership to the pack and is an asture footballer. His return to action will also free the excellent CJ Stander from the added demands of filling the role of captain.

The exciting playmaker made just five competitive appearances for the province last season due to a troublesome quad injury.

Twenty six-year-old Bleyendaal returned to action last weekend, when he turned in an eye-catching display in the friendly victory over Worcester. Munster will be desperate for the former Crusader to remain fit, especially after the worrying news over Johnny Holland's hamstring injury.

Now for the bad news on the injury front.

Confirmation in recent weeks that dynamic New Zealand centre Francis Saili is set  to be sidelined for three to four months due to a shoulde rinjury was a massive blow to Munster's prospects this season.

The 25-year-old All-Black played the most minutes of any player in the squad last season - accumulating 1,750 minutes of rugby in 22 appearances.

Then came the news that hooker Mike Sherry has undergone a procedure on his back and will be side-lined for approximately three to four months.

Sherry had established himself as first choice hooker, so the development is another major blow.

Also worrying is speculation that exciting out-half Johnny Holland continues to be troubled by a hamstring injury which dates back to November 2014.

There is uncertainity also over a possible return to action date for Australian second row Mark Chisholm who has been struggling from concussion since late last season.

MUNSTER must improve on their home record this season to have any chance of reaching the knock-out stages of the Champions Cup and Pro12 play-offs.

Anthony Foley’s Munster suffered four home home defeats last term, three in Limerick, as the province limped out of the Champions Cup at the pool stages and failed to make the top four play-offs in the Pro12.