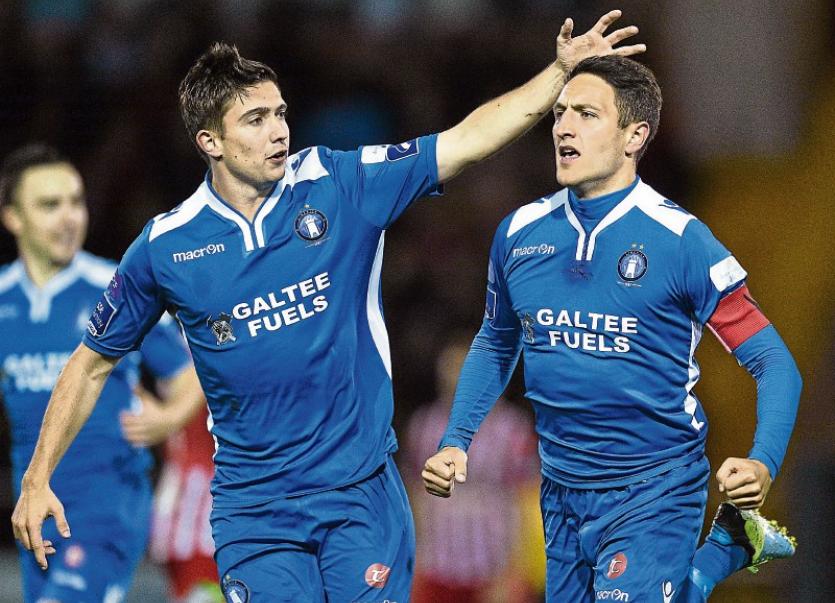 LIMERICK FC might have already secured promotion with six games to go, but team captain Shane Duggan is determined that the Blues go through the First Division season unbeaten.

Team captain Duggan said: “A lot of people were counting down the weeks so to finally get over the line and get it done was fantastic. We still want to go unbeaten for the last six games.

“We want to keep that record going, so we won’t be letting up.

“It might never be done again for a long time. I think it’s important. We’ve come so far now, there are six games left and we want to see it through and make sure we don’t get beaten.”

Duggan also praised the Limerick supporters which has been a huge factor in their success this term.

“It has been fantastic. We saw at the backend of last season they were coming out supporting us since we went back to the Markets Field.

“They have been fantastic again this year. But I think the style of football that we’re playing as well it’s very entertaining so it works both ways. There are a lot of goals in our games so the fans are coming out.”