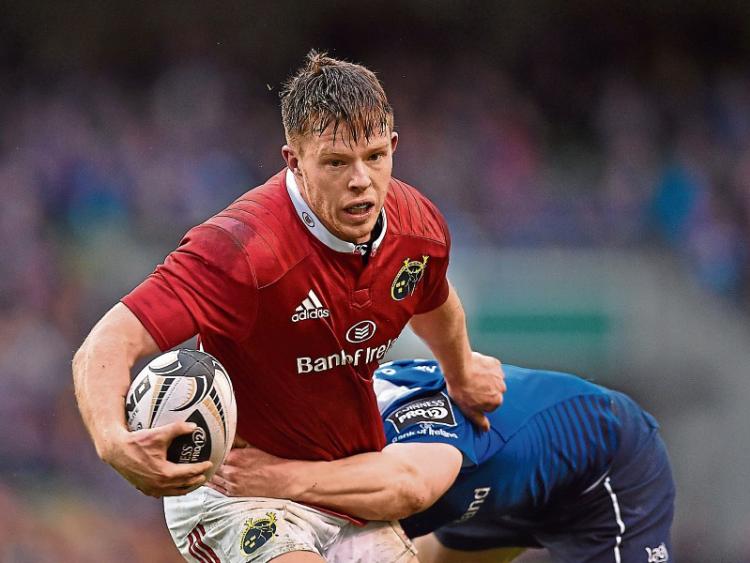 MUNSTER have been dealt a major blow ahead of the start of the new Guinness Pro12 season with confirmation that exciting out-half Johnny Holland has been forced to retire from playing due to injury.

The young out-half, who initially sustained a hamstring injury while playing for Munster ‘A’ in the British and Irish Cup game against Nottingham in November 2014, has been advised to retire on medical grounds.

Holland, who turned 25 on Tuesday, shot to prominence towards the end of last season when propelling himself to become Munster’s first choice starting out-half.

Holland said, “This has obviously been a very tough time for me, and ultimately it is a decision that has been taken out of my hands.

“It is something that I have tried very hard to overcome but unfortunately it has become impossible for me to win this battle. As much as this is beyond my control, I don't want to look back on my career with any sadness.

“Rugby has given me so many opportunities and I have learned so much from the experience, with fantastic memories and friends for life.

“I am very proud to have represented my home province, especially at the end of last season, and am thankful for the support from underage rugby all the way up.

“I would like to take this opportunity to acknowledge the medical team, strength and conditioning staff and coaches that helped me throughout my career, and special thanks must go to my family, girlfriend Chloe and close friends for their unwavering support.

“I believe this is an exciting time for Munster Rugby and while I am hugely disappointed that my time has come to an end I look forward to supporting from the stands, and to the next chapter.”

Holland made 11 appearances for the province after making his debut against Cardiff Blues at the Arms Park in November 2013.  Last season he recovered to a point where he made seven appearances, including five successive starts, and scored his first competitive try against Leinster at the Aviva Stadium.