Pat O'Sullivan: 'Limerick FC has great chance to drive on' 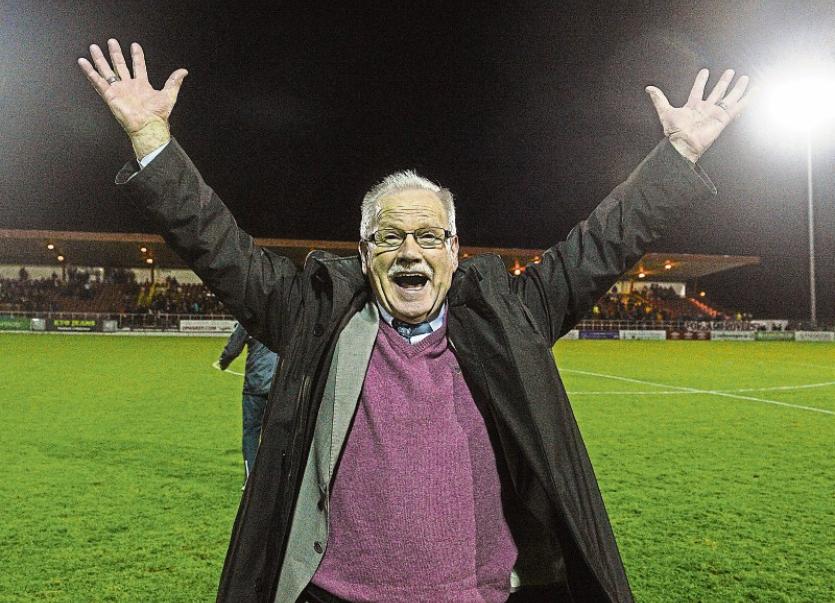 LIMERICK FC Chairman Pat O’Sullivan says the club’s promotion back to the Premier Division provides the club with ‘a great opportunity to drive on.’

Limerick secured automatic promotion back to the top flight on Sunday night when winning the First Division title with six games to spare following their 3-2 victory over UCD at Belfield.

Limerick FC scooped a first prize of €30,000 for winning the First Division title for a third time in the club’s history. Incidentally, the winners of the Premier Division earns €110,000 in prizemoney.

Afterwards Limerick FC Chairman O’Sullivan said the success vindicated the club’s decision to retain the majority of their playing squad from 2015.

Pat O’Sullivan said: “I never experienced such emotion sitting there tonight. I kicked every ball and I have to say it was terribly stressful at times.

“After last season we sat down and said Limerick has supported us, we have terrific support. All of us working together we believed that the right thing to do was keep the best players we could keep.

“We saw we had a product, we had a customer and we have a terrific venue in the Markets Field.

“The decision was made to keep the best players, rebuild this product and I think we got our rewards tonight.

“Now is a great opportunity for us to drive this club on.

“It can be something really special.

“What you have to do is believe in what you are and who you are. We wanted a long term sustainable club here and we want to put in the foundations for it and I think if we get the right support and the right backing, we can be up there.

“We are already working towards being in a position to actually challenge the Dundalks and the Corks next season.

“The kind of quality we need to bring in – that’s no offence to the players we have – but we all know we need to strengthen. Where do we get them? We can only take them off other clubs.

“We know we need to breed our own. We know we want a Limerick man in every position and another one to back them up. That is the ideal situation. It takes time to build that.”