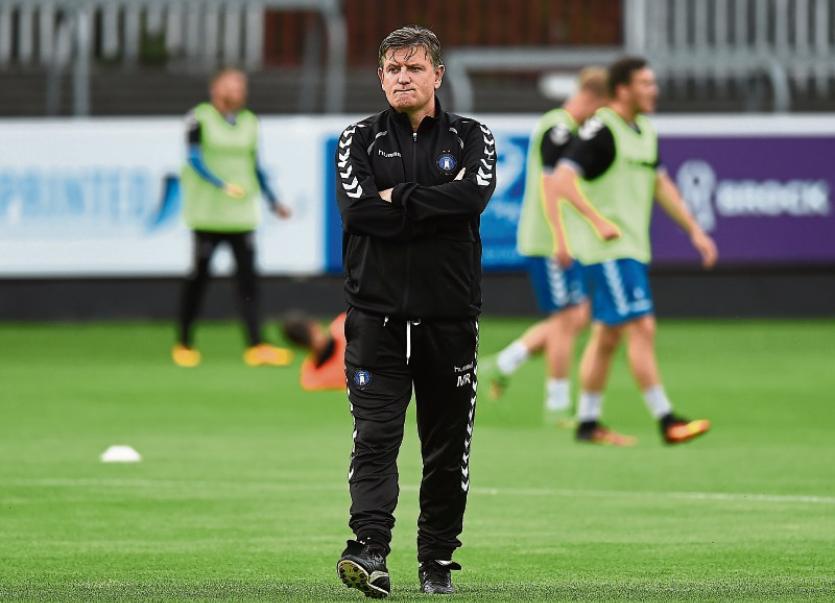 Russell was speaking after his side's FAI Cup defeat to the Dublin outfit.

Limerick got off to a good start, but couldn't hold as Pat's broke the deadlock against the run of play. Russell believes this was crucial.

"When you're 2-0 down, it's a big ask. Based on the first half, we'd a right chance. We just didn't do enough in the final third attacking-wise. At this level, if you don't defend situations like those tonight, you get punished. We played the better ball in the first half. We just didn't have it tonight. Look, they've a good defence. They've a lot of senior players with a lot of experience, so it was going to be tough."

The Markets Field will host the EA Sports Cup final on September 17th. Given the poor turnout in Inchicore, it appears it may be for the best crowd-wise. Russell acknowledged the excellent support once again, saying:

"Those Limerick fans are great. If the Limerick support hadn't been here tonight, it would have been a very quiet atmosphere and it was great to see them and the noise they made. They were a credit to the club tonight - we've seen it before. We need to keep that going because it helps the players."

The final is a one-off game, but Russell believes they've certainly got enough about them to win the next tie.

"I think we'll take a lot from what we did tonight in the first half. Once we're better in attacking areas, we'll have an even better chance. The pitch will suit both sides as both love getting the ball down."

With the FAI out the window, the focus shifts back to securing the league title, and Limerick can do that next Sunday when they return to the capital.

"That's the focus now. We want to get it done and dusted as soon as possible so the club can be back where it should be - taking another step in the right direction," said Russell.