Limerick bow out of FAI Cup at hands of St Pat's 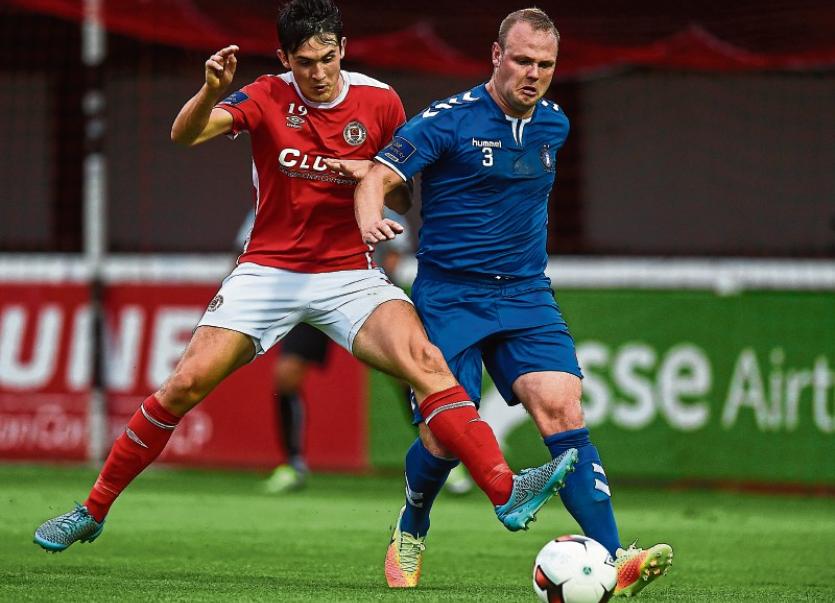 LIMERICK FC’s unbeaten run in major competitions came to an end in Inchicore on Friday night as St Pat's progressed to the last eight of the FAI Cup.

The hosts had a major claim for a penalty midway through the opening half when, after a lovely exchange between Ger O'Brien and Jamie McGrath, the latter was hauled down in the area by Robbie Williams.

Despite the linesman indicating that a spot kick should be awarded, referee Ben Connolly awarded a corner.

The deadlock was broken just three minutes before the break. A diagonal to the feet of Conan Byrne was beautifully controlled by the veteran winger. From there, his mazy run had Limerick on the back foot.

After advancing thirty yards to the edge of the box, Byrne's effort took a wicked deflection off Robbie Williams before nestling in the far corner to give the Saints the lead.

In a game that felt like a public training session for the most part, Pat's put the result beyond doubt in the 77th minute.

A corner from the right swung in by Mark Timlin was met at the back post by the superb Seán Hoare. The centre half headed across the face of goal to Christy Fagan who made no mistake.

Limerick FC will not turn their attention back to the SSE Airtricity League First Division when the Blues need a point from Sunday week, August 28, fixture against UCD at Belfield to secure the league title and so earn automatic promotion back to the Premier Division.