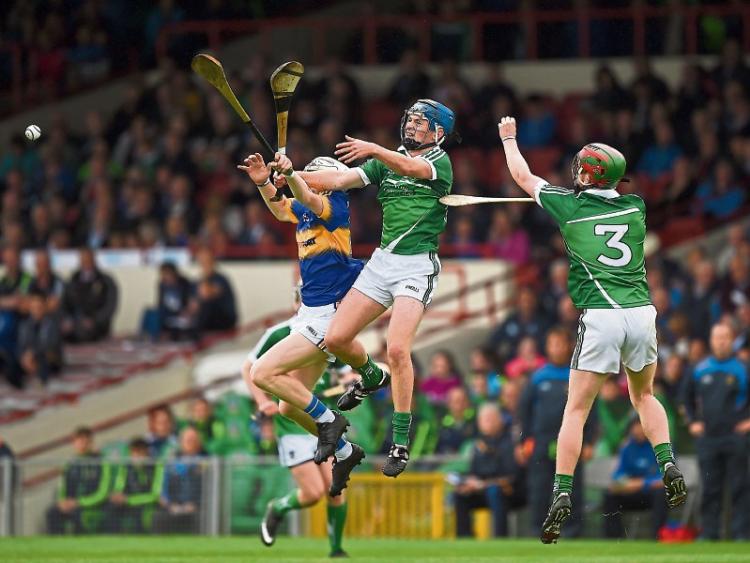 THE Limerick minor hurlers are to call on their Munster final “hurt” as they begin their All Ireland MHC final countdown.

On Sunday September 4, Limerick will face a provincial final rematch with Tipperary in the Croke Park All Ireland final.

The all-Munster pairing will be just the second time ever that a provincial final pairing have met in the All Ireland final. Back in 2007 Tipperary reversed the Munster final result when beating Cork to claim All Ireland minor honours.

Next month, Limerick will hope to repeat that fete. Limerick can also take inspiration from Waterford in 2013 – beaten by Limerick in the Munster final, The Decies regrouped to win the All Ireland, with Limerick losing out at the semi final stage.

“We didn’t perform in the Munster final there is no doubt about that - the occasion got to us. We know that we are better than that and there will be a little bit of hurt there for that reason,” outlined Limerick minor manager Pat Donnelly.

That Munster final took place in the Gaelic Grounds and Tipperary were 17-point winners. Limerick had beaten Waterford and Clare to reach that decider but were overwhelmed on the day. But they regrouped to beat Wexford and Dublin to reach the All Ireland final.

“We have no injuries at the moment and we would be praying none are picked up between here and Sunday evening. We have some minor games and a few of the lads will be involved in the senior championship the weekend,” outlined the manager, who has former Clare and Dublin hurling manager Anthony Daly as coach.

He added: ”We could wrap them up in cotton wool but sometimes that isn’t the right option either”.

The panel of 34 players is boosted by the return to training of Paul O’Brien, who missed recent games due to injury.

Donnelly stressed that no stone will be left unturned in preparations.

”We will try and keep the match day plans the same - if you start to do things differently, players can start to think too much about it,” explained the South Liberties man, who was part of the last Limerick minor hurling panel to win All Ireland honours in 1984.

"Anything can happen on any day and especially in a final”

He added: “Look at Galway - they had huge numbers from last year and things just didn’t happen for them. They had a goalkeeper who didn’t concede a goal last year and then had a day like Sunday”.

”We won’t be given a chance but of course we do have a chance. It is all on the day and all that we want is to play to our best and hope that it will be good enough. We are there in a final and there are a lot of counties that would love to be in our position,” said Donnelly.

After beating Leinster champions Dublin in the All Ireland semi final, the Limerick manager said that his players were buoyant.

”You could see after the game what it meant to them. There is a great atmosphere and there is a real unity among them now. The dynamic changes as you progress and there is a real sense now that we are all in this together. The games have brought them on the whole time,” outlined the manager.