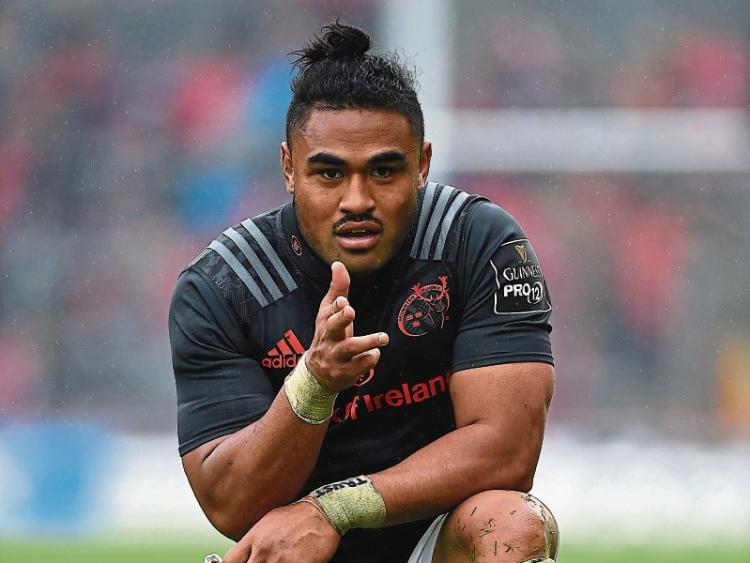 MUNSTER have been dealt a major blow ahead of the start of the new season with confirmation that their All-Black centre is set to be sidelined for three to four months due to injury.

Director of Rugby Rassie Erasmus confirmed at the province’s media briefing at UL this Tuesday that 25-year-old Saili had suffered a setback with a shoulder injury.

Erasmus said: “We got a setback with his shoulder. He went in for a scope yesterday but there is some more repair work (needed). It’s going to be an extended lay-off. It wasn’t great news but it is what it is.”

Saili is now set to miss the opening months of Munster’s Pro12 season as well as the opening two rounds of the European Champions Cup.

The former Auckland Blue, who won two caps for New Zealand, is also in a race against time to be fit for the back-to-back fixtures in rounds three and four of the European Champions Cup.

Saili played 22 times for Munster in his debut season with the province, scoring four tries.

Munster play the first of two pre-season friendlies against Italian side Zebre at the Waterford RSC this Friday night, 7pm.