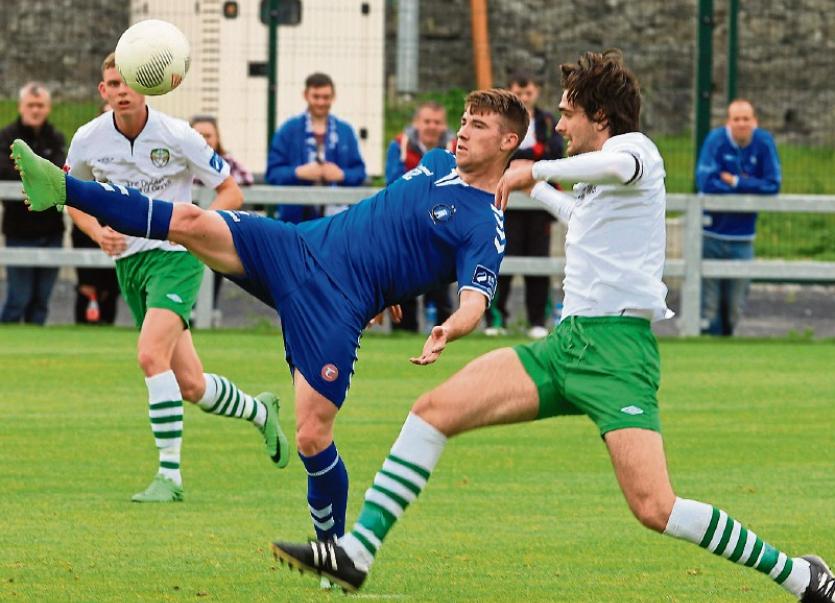 LIMERICK FC manager Martin Russell believes his side have achieved their target of becoming league champions and securing an instant return to the Premier Division.

Speaking after Limerick's win over Cabinteely on Saturday afternoon, Blues boss Martin Rusell admitted that the league is won now.

Limerick are twenty-one points clear at the top of the division with just twenty-one to play for, and the usually reserved Russell didn't shy away from saying the job was done.

"Yeah, for me it's home and hosed. The performance hasn't hit the heights we'd have wanted. Saying that, we should have scored more - but we can focus on the big one next week against Pat's," said Russell.

The Blues have seven league games left, and getting crowds in may be tough. However, Limerick have their unbeaten run at stake, and Russell insists that it's a big deal for the squad.

"The unbeaten record - it is something to behold and to take a bit of pride in. The last week, after the late equaliser in Drogheda, you could see what it meant to keep the record going. I think the group have it within themselves that they want to get as far through the season without being beaten and that's why we'll treat all the league games with respect," he said.

Limerick beat St. Pat's last year, with arguably a worse team than the current one, while Pat's have undeniably gotten worse since last season. When asked about this, Russell accepted it, but is taking nothing for granted.

"I can see the reasoning behind that alright. I still think we'll have to be better than we did today, for example. We're not going to get carried away with ourselves. We know it's going to be a good week's training, a good week's focus and understanding that we have to go there to play our top game because if we don't, the current Pat's side are a decent bunch," explained Russell.

This side simply haven't been challenged enough. Their one big test came against Derry and they passed it with flying colours. Going forward, Limerick will face more of these challenges should they beat Pat's next week. Russell highlighted the positive impact the Brandywell result had on his squad.

"It gives them confidence. When we're at it, we can be a match for any top side. We just haven't had that challenge regularly. It'll be interesting to see how we do this week. Taking that Derry result will give them great heart that they can repeat it."