Doyle misses out on Rio semi as Lynch's rowing is postponed 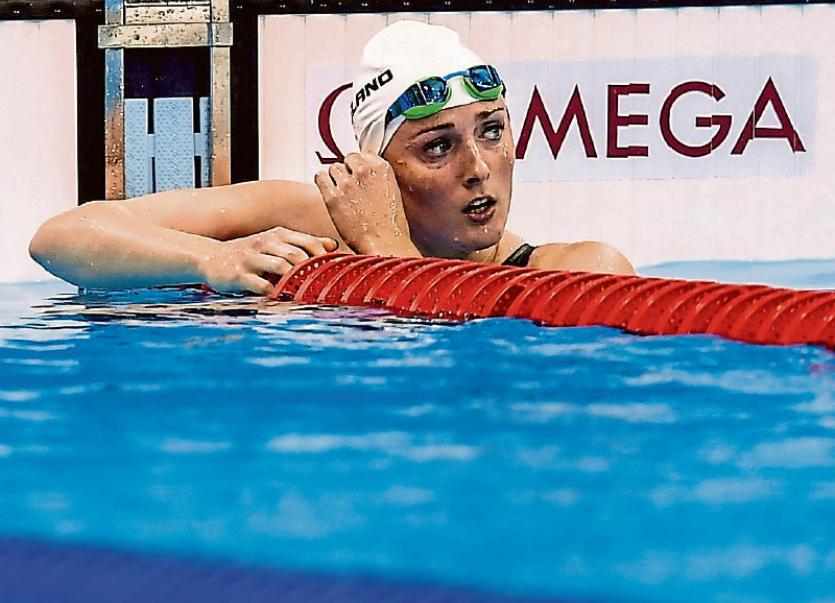 LIMERICK swimmer Fiona Doyle missed out on a place in the semi-finals of the womens 200m breaststroke at the Olympic Games in Rio de Janeiro.

Twenty four-year-old Raheen woman Doyle finished second in the first heat in a time of 2:29.76, two seconds outside her Irish record.

A 100m Breaststroke specialist, Doyle led the race for 150 metres but tired in the last 50 to finish behind Argentina’s Julia Sebastian who won the heat in 2:27.98.

After four heats, the University of Calgary student placed 25th overall. Doyle would have needed to break her Irish record of 2:27.63 by over a second to make the semi-finals, with 2:26.58 required to make the last 16.

“I felt good and confident going in so I’m not really sure what went wrong”.

Doyle had finished 20th in her only other event, the 100m breaststroke, on Sunday.

Lynch and Lambe had been due to compete in the semi-finals on Wednesday. However, rowing at Lagoa Stadium in Rio de Janeiro was postponed due to the windy conditions.

Event organisers later announced that the semi-final and final of the women's lightweight double sculls will now be run off on Thursday.

The Irish crew will compete in the second of the semi-finals due off at 1pm Irish time. Should Lynch and Lambe advance from their semi-final, the Olympic final of the womens lightweight double sculls is due to take place this Friday at 2.32pm Irish time.