Brown looks to kick on after Munster exit 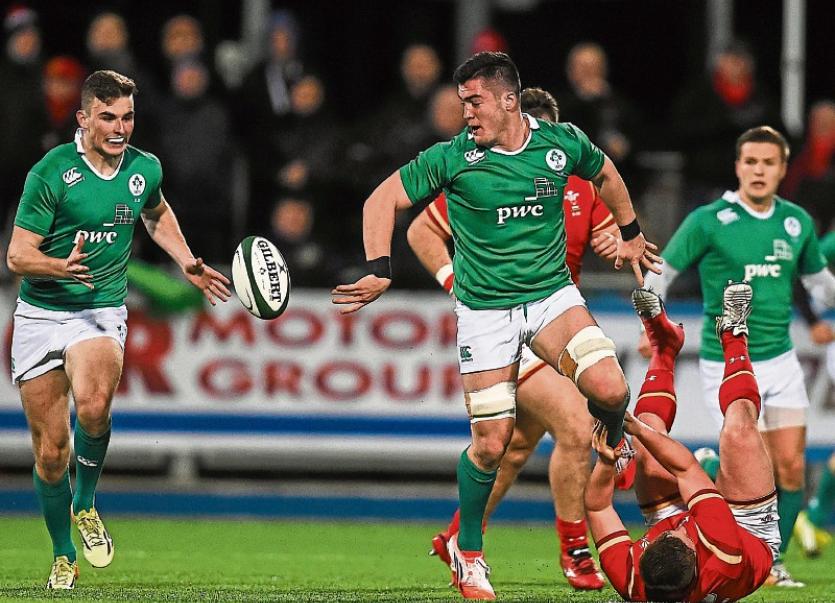 DYNAMIC Ireland U-20 back-row forward Kelvin Brown remains keen to play professional rugby next season after being released by Munster.

Brown, who was a member of the Munster Sub-Academy last season and featured for the A side, was not offered a place in the Munster Academy for the 2016-2017 season.

Despite impressing for the Ireland U-20s side in their march to the final of the recent Junior World Championships in England, Shannon clubman Brown is at a crossroads in his exciting rugby career, sill hoping he can secure a professional contract for next season.

Twenty year-old Brown told the Limerick Leader: "I was in the Munster sub-Academy last season and played with the Irish U-20s as well.

“I had hopes of getting into the Academy for next season, but had a meeting at the end of May and Munster said there was nothing there for me. I was overlooked for two other guys.

"That was before the Junior World Cup. I was left high and dry, really. There was nothing there for me.

"I suppose, after finding out I wasn't getting anything at Munster for next season, it actually had a positive impact for me heading into the World Cup.

“I felt this was my last chance to get a contract somewhere for next season. I had three and a half weeks to work quite hard and use it as a shop window to get out there.

“May was the last time I heard anything from them.

"I was chatting to Grenoble in France for a while. They were getting a contract together to see if I was interested in going over.

“Then the French Rugby Union brought in a new rule to tackle the number of non-French players laying there so that in order to get into an Academy over there you have to playing rugby in France from the time you were 15. That stopped me getting in there.

“It is a tough time after the World Cup. Teams have their plans in place, a lot of their budgets are filled and stuff like that. Their squads are back to preseason. Trying to get a place is hard.

"I am in college in LIT. I have been there for two years studying business and marketing along with being in the sub-Academy last year. I have another two years to go and am going back in September.”

"Since a very young age I have known I want to be a professional rugby player. If an opportunity like that pops up, a club wants to give me a shot, I would jump at it.

“That is what I am looking for, the chance to play in a professional environment, train day in and day out with pros and improve, really. That is all I want.

"I am still working with an agent contacting clubs in France and the English Championship and stuff. I did a lot of work myself. I had my video clips done up and have been sending that stuff myself, getting contact through guys who played with Munster and Shannon.”