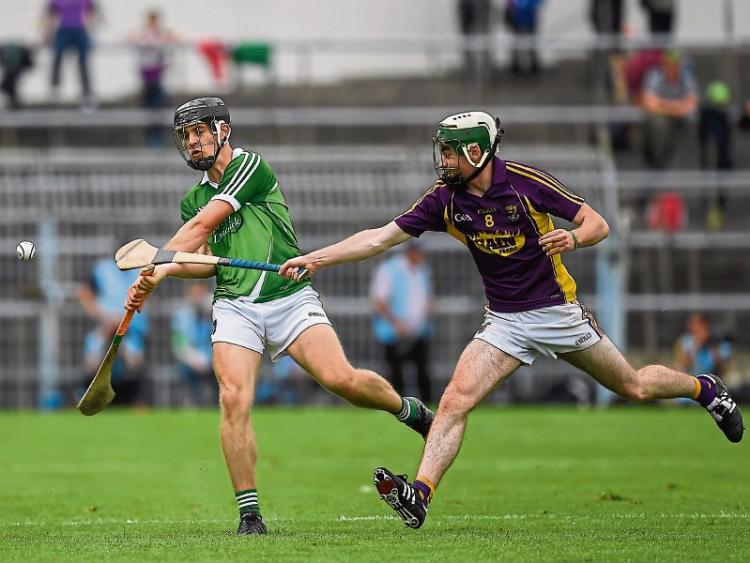 THE performance of Brian Ryan in Thurles last Sunday proved signifiant as the Limerick minor hurlers booked their place in the All Ireland semi final against Dublin.

Ryan was in sparkling form both from play and frees and his contribution of ten points was telling against a Wexford team that always struggled in the game. It has been a hit and miss year for this minor team but to their credit they did take care of Wexford with more than a bit to spare.

The management team made a few changes for this game and that improved the team overall. Lads have come into the team and panel in recent weeks and I get the sense that the team is not yet settled.

Limerick suffered a heavy defeat at the hands of Tipperary in the Munster final but this latest win over Wexford might give them a much needed lift in confidence. Limerick were dominant and in control for nearly all of the game and their winning margin could well have been more. They didn’t really look like scoring a goal at any stage and that might want to change before they face Dublin.

As a game it lacked the quality we have seen at this level over the past few years, the pace was slow and the hurling mediocre. Brian Ryan and Conor Boylan landed the opening points for Limerick but Wexford hit back with three in a row.

Ryan and Boylan were both in the full forward line and they accounted for nearly all of the Limerick scores. Conor Boylan worked very hard to win possession and he was not slow to bring others into the game.

He had to come deep to win ball but if they can find a way to keep him close to goal he will do more damage.

Both Boylan and Ryan are in their third year as minors and it took vision to have them on the panel three years ago.

The hurling was scrappy but Limerick did manage five points in a row and led 0-7 to 0-3 after twenty five minutes. The Limerick backs were shakey when Wexford ran at them, indeed Wexford had a goal chance midway through the first half but they failed to take it.

Kyle Hayes scored a good point just before halftime and that saw Limerick lead at the break 0-8 to 0-5.

As the game wore on players such as full back Conor Nicholas started to express himself more. He is a good player and knows how to mind the square. I was also impressed with Finn Hourigan of Murroe Boher. I liked how he approached the ball. He has good hands but he also showed vision when in possession.

Brian Ryan was the player in form and he made use of most possession that came his way. He was really sharp on frees for a lad that was trusted with such responsibility for the first time. He hit some great scores but his point early in the opening ten minutes of the second half was superb. He was under the Old Stand with his boot touching the white washed line, a player with more miles would not have had the nerve for it but despite the angle he dropped it over the bar. It was the score of the day.

I saw Wexford in the Leinster final and they looked a better team that day, in Thurles they waited for things to happen and were slow going to the ball.

They did make a dash for moments in the second half, they had a goal disallowed and had it stood the game would have been level. It looked a harsh call but from a Limerick point of view it woke them up.

Brian Ryan answered the call, he dropped over two frees and a fine point from play. Those scores broke the heart in Wexford. They did reply with a point but a score from Conor Boylan and two more from play from Brian Ryan closed out this game for Limerick.

Limerick have room for improvement and I give them a big chance against Dublin in the semi final. Wexford were on top in the Leinster final but faded in the last five minutes.

The bench could be stronger and I wouldn’t mind having Josh Ryan from Doon for the semi final. He is a formidable young man that could play a part in Croke Park. He was on the panel but I am sure a way back could be found.

If Boylan and the two Ryans were in the full forward line they would cause a lot of problems for most teams.

The overall standard in the minor grade this year is below other years.

Galway are the standout team with so many of last years winning team. Tipperary also have a fine team but one of these them will go in the semi final. Limerick have a chance of making it to the All Ireland final and that would be a great achievement for this team. They have lost players like Mark O’Dwyer and William O’Meara to injury and they are a loss.

It has been a difficult few weeks on the field for Limerick teams and it was good to have a win last Sunday in Thurles.

These young lads have an opportunity to reach an All Ireland final and for them that would be a major milestone in their young lives.

Last week one of the great football men of Limerick was laid to rest. Pa Jo Burke from Oola was a football man to the core.

He loved the game and had great pride in his club and also Limerick. He served Limerick football in many ways but at senior level he put his hand up when football in the county was at a very low ebb.

I saw him operate at many levels and he was a great man to drive a team on but also lift them. I was always struck by his passion for football. He traveled the country to watch games and very rarely did he miss All Ireland finals. Away from football he showed the greatest courage of all.

The last number of years produced many challenges but just like the teams he put out he battled. Limerick football meant a lot to him, he wanted to raise the standard and match other counties. During his time Limerick football got very little resources but he still managed to get the best from his players.

To his family and friends he will be greatly missed and I offer my sincere sympathy.