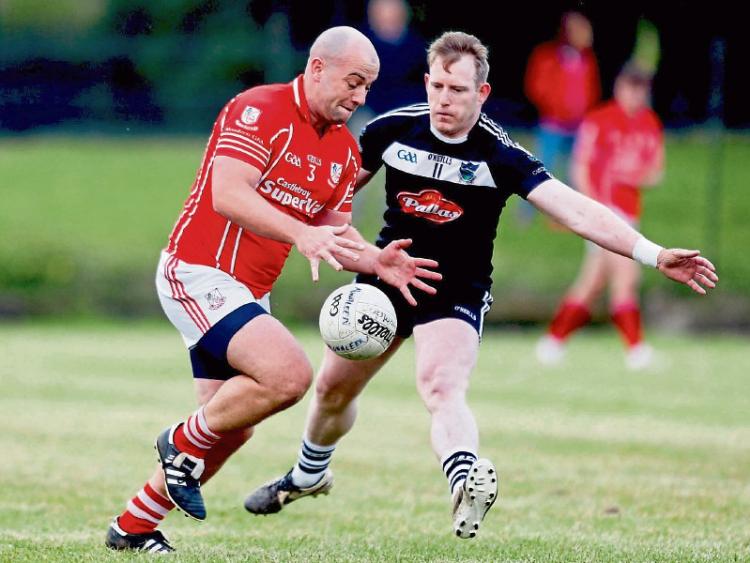 AFTER a 13 week mid-Summer break the Limerick SFC resumes this weekend with round three action in the group stages.

Remarkably no team brings a 100% record into games, albeit Fr Caseys, Monaleen, Newcastle West, Oola and St Kierans all have one draw and one win to-date.

At the other end of the groups, Ballylanders and Ballysteen have tasted defeat in both games so far.

There are six games down for decision between this Thursday and Sunday and none are encounters between any of the five unbeaten teams in the Irish Wire sponsored championship.

After this weekend, the next round of games will be on August 25-28.

Ahead of the championship resumption this week, Dromcollogher-Broadford are the 5/2 favourites.

Thursday August 28 in Newcastle West at 7.15

These sides haven’t met in recent county championships but this game will be a big indicator of the ambitions of each for the remainder of the season.

Victory would move either into a driving seat for a spot in the knockouty stages, while defeat would leave work to be done in the final two rounds.

For Drom-Broadford, games in the ACFL in the last three months should have allowed Neil Conway and Micheal Reidy to mould their new-look team. Results in the league have been mixed but they did include a win over St Kierans.

The men in green and gold are among the early pace-setters but will miss inter-county man Darragh Treacy, who is in the US.

Thursday August 28 in Caherconlish at 7.15pm

Both sides will be down key players for this first meeting of these sides since both were intermediate, almost 10 years ago.

The city men will be down Gearoid Hegarty (US) and Eoin Hanrahan (injured), while Oola will be without U-21 duo Darragh O’Donovan and Richie English, who are in San Francisco and Denis Moloney is struggling with a hand injury.

The Saints will have Pa and Jason Mullins back after they missed the opening rounds.

This is a repeat of last year’s quarter final, which Monaleen won by five points.

While Monaleen are unbeaten, Ballysteen are without a win. Results haven’t gone the way of the Estuary side in the ACFL either and they will be without inter-county forward Danny Neville.

Friday August 29 in Kilmallock at 7.15pm

Not a frequent pairing in the championship by any means.

Pallasgreen will be without Colin Ryan and while they did beat Rathkeale in round one, league and championship results have been mixed.

John Colbert’s Abbeyfeale are unbeaten and appear better equipped to get the necessary scores.

In 2014 these sides were county champions – Ballylanders (senior) and Na Piarsaigh (intermediate).

Ballylanders have suffered two defeats to-date and their line-up is very much changed from their title winning side with Tom Lee and Johnny Murphy no longer involved and Stephen Walsh, Dave McCarthy and Donal Kelly others that could miss this round.

Na Piarsaigh could give a debut to Garryowen rugby player Anthony Kavanagh, who was used at full forward since his transfer from his native Offaly.

Sunday August 31 in Knockaderry at 7.15pm

This big west Limerick derby will be a poignant affair in light of the sudden passing this week of the popular Jerry Molyneaux.

It is a first senior championship meeting of the rivals since Rathkeale’s promotion.

Champions Newcastle West have had Cian Sheehan in the US for the Summer but fellow county man Iain Corbett is now back to full fitness after injury.