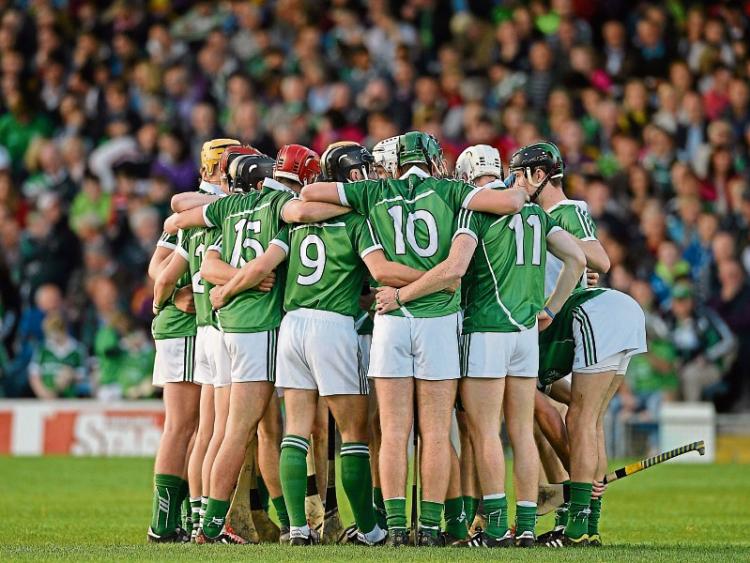 The one major hope Limerick GAA had of success this year came to an end last week in Thurles when the U-21 hurlers lost out to Tipperary in the Munster semi-final.

Much was expected from this team but sadly on the night they struggled for almost all of the game. Their hurling was slow and laboured and they never applied themselves in the same manner as Tipperary. Many players that should be leading the way just never came to pitch for this game. To Tipperary’s credit they showed a far greater appetite and from a work rate point of view they left Limerick standing.

Hitting poor wides were to prove costly for Limerick but overall one would have to say that Tipperary were much the better team on the evening. Some might say that the Limerick players were tired but that might be a stretch too far because most of them were not part of the senior team and had only a couple of games with the Intermediate team. It looked to me that many players were waiting for things to happen. In case we needed it to be confirmed the loss of last year’s half backline left a major hole in the team.

To win Limerick needed other players to stand up but on the night they were not allowed by a very hard-working Tipperary team. They drove at Limerick from the start and they set out their stall. They took control in many vital positions and that laid the foundation for their win. This was a disappointing loss on top of what had happened in championship games before it but in time it might just serve Limerick hurling better.

I am not so sure if Limerick have learned any lessons from the three-in-a-row U-21 successes. Those wins suggested Limerick were on the verge of great things at senior level but in reality nothing was gained. I think it’s fair to say that a number of the players on those teams found success hard to cope with and for some it damaged their long-term careers.

I think Limerick didn’t have the same hunger as last year when they ran on to Thurles last Thursday evening. Some players were waiting and watching for things to happen and as a result failed to make a contribution. The gap between U-21 and senior is pretty substantial and only a few on this current U-21 will make the grade. Limerick have a lot of good young players coming through but they will have to work very hard to develop into senior county hurlers.

Limerick has a habit of rushing players into the senior level too early. I personally think that Cian Lynch was not ready for senior hurling last year with Limerick. We are looking for young lads to win games for us and that is never going to happen. Look at Brian Cody in Kilkenny - they have many quality young players but they might not see action well into their 20s.

The underage academy has made a fine contribution to Limerick hurling over the past few years. They have tried and succeeded to an extent to put a professional system in place for our underage players. I do think that some players are left behind by the system and many are rejected too early and too often.

Players are well organised in the academy but when they leave and come into the adult system they lack direction and development. So many players offered promise but all too many fail to make it. The reasons are wide and varied but one thing is for sure the Limerick County Board need to develop a plan for young players leaving minor level. Having an academy-like structure for players leaving minor could assist greatly in the transition to adult level. The facts are pretty clear on that over the last ten years. Outside of Limerick the GAA are losing huge numbers of players before they reach the age of 20.

The success that Limerick enjoyed at minor level played a key part in the county winning last year’s U-21 All Ireland. Winning back-to-back titles at that level meant that these young players had learned a lot and had become accustomed to performing on big days. Indeed those minor teams would have won an All Ireland title had they one or two of the U-21 half backline.

The major task facing Limerick GAA is how do they develop young players into quality senior players. The one major plus this year was the arrival of Diarmaid Byrnes. He showed in the Clare game that he has all of the qualities to survive at this level. He was majestic and it looks like he will be the diamond in the Limerick defence in the years ahead.

Titles won at underage level are but a guide to what a player might do at adult level. Some lads just get carried away with the tag of an inter county hurler. We have had our share of those lads and for that reason I wasn’t that disappointed to lose that U-21 match last week. For some reason many Limerick players struggle to keep their feet on the ground.

It’s a failing that has affected the potential of many fine young players. Hurling for Limerick must first and foremost be about the desire of winning an All Ireland senior medal. It gets complicated when lads become brand ambassadors and so on. Get rid of that sort of stuff and focus on building a winning mentality.

Limerick need to restore some old time values and the next manager of the senior team will need to cut to the chase quickly if he has any chance of bringing glory to Limerick.

Lessons of the past will have to be learned if the current crop of young players are to reach their full potential. There is a need to have our players grounded and focused on what is required to win at the highest level. Success at senior level will not come easy.

Next year will be the 44th year since our last All Ireland success. How long more before the famine is ended in Limerick hurling? As of now it seems to me it will be a while before success will come at senior level.

Some of the decisions that have been made at County Board level over the past 20 years and more have played a part in the lack of success. Until we have the right people making the right calls we have no chance of making a breakthrough.

Last week’s County Board meeting didn’t suggest to me that lessons have been learned and I was shocked by the lack of passion from the top table and those sitting on the floor. Our senior hurlers were gone for the second year in a row in July and nearly all other teams were gone within a week.

The lack of honest debate didn’t fill me with hope for the future.