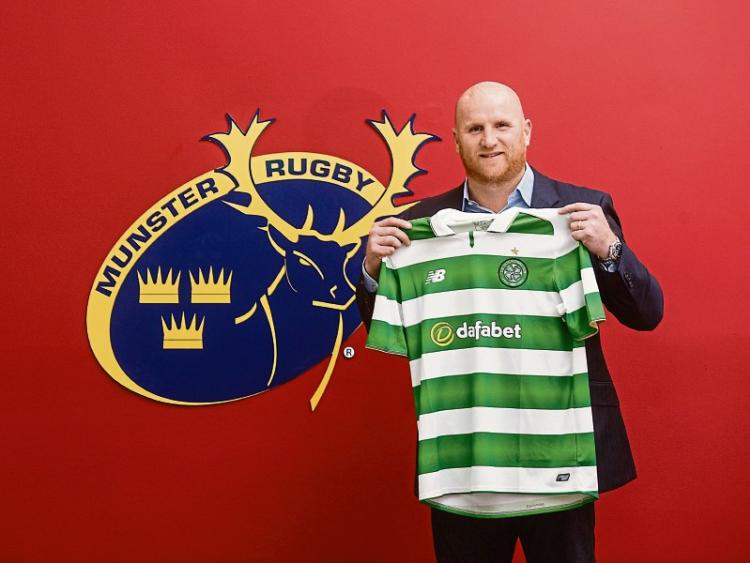 FORMER Celtic and Arsenal striker John Hartson was in Thomond Park on Monday to launch the Champions Cup clash between Celtic and Inter Milan at the Limerick venue next month.

The two club heavyweights will visit Thomond Park on August 13 as the International Champions Cup pits the Scottish Premiership champions Celtic against Seria A giants .

FC Barcelona will also take on Celtic in Aviva Stadium on July 30 as part of the competition.

Charlie Stillitano, Relevant Sports Chairman, is certainly looking forward to the game: "We are excited to be able to put on not only the International Champions Cup match at the Aviva Stadium but also a second match in Ireland at Thomond Park.

“The match in Limerick between Inter Milan and Celtic harkens back to the famous European Cup Final in 1967 in Portugal.

“We are aware of Celtic's popularity in Ireland and we know that fans will be excited to watch the Scottish champions against one of Italy's most famous clubs."

Celtic ambassador John Hartson, who won six major trophies with the club, believes the game will bring out the passion of Limerick.

"Thomond Park is a magnificent stadium and I have always been impressed by the passion of the crowds there.

“With Celtic and Inter Milan, two great clubs, coming for this fantastic game I'm sure the local people will come out to enjoy a memorable game."

Celtic have already kicked off their season and will be attempting to defend their Scottish Premiership title having won it 47 times already.

The Glasgow club have also lifted the European Cup - becoming the first British club to do so in 1967.

Tickets are now available, starting at €15 with children priced at €10, and can be purchased through www.ticketmaster.ie