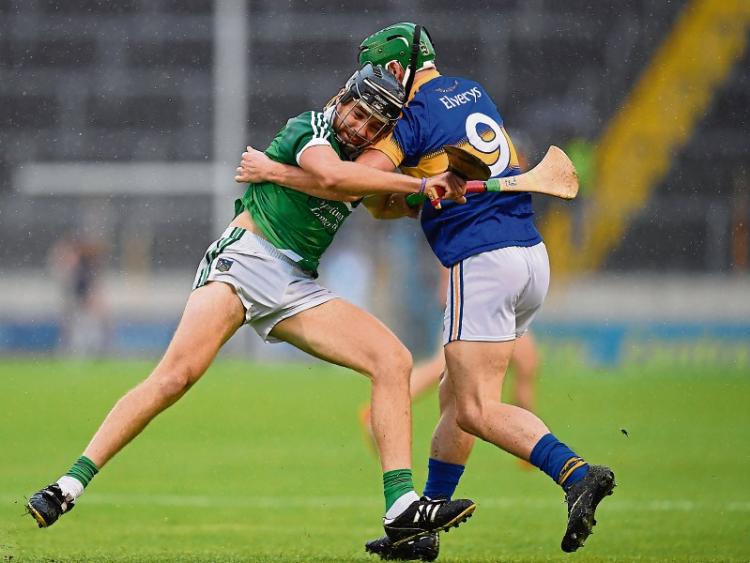 LIMERICK’S reign as All-Ireland U-21 hurling champions came to an end this Thursday evening with a 2-12 to 1-13 Munster semi final loss to Tipperary.

Limerick never got on top in this game in Thurles and relied heavily on frees from Ronan Lynch, while Tipperary had a goal in either side.

In total Ronan Lynch frees accounted for nine points from the total of 1-13.

In front of 4,020 Limerick were ahead 0-8 to 1-4 at half time after a 30-minutes that saw John Kiely’s men hit seven wides, while the home side had just three.

The sides were level on four occasions in the half but injury time points from Tom Morrissey and Lynch (free) ensured the lead for the visitors to Semple Stadium.

Limerick were the early pace-setters, leading 0-3 to 0-1 after seven minutes with Pat Ryan and Seamus Flanagan among the scores.

Then 11-minutes was to pass before the next score for Limerick, who now trailed 0-4 to 0-3.

But three successive Ronan Lynch frees had the men in green back on top.

That was until the 27th minute Tipperary goal from Andrew Coffey to move the men in blue and gold, 1-4 to 0-6 ahead.

They looked to lead into the break, until the two late Limerick points.

The early parts of the second half were tight but Barry Nash had the only Limerick score from point from play.

When sub Ronan Teehan had the second Tipperary goal three minutes from time they were 2-11 to 0-12 ahead.

But Darragh O’Donovan hit straight back with a Limerick goal as three minutes of added time were announced.

But another Lynch free was Limerick’s lot as they lost hold of their titles.