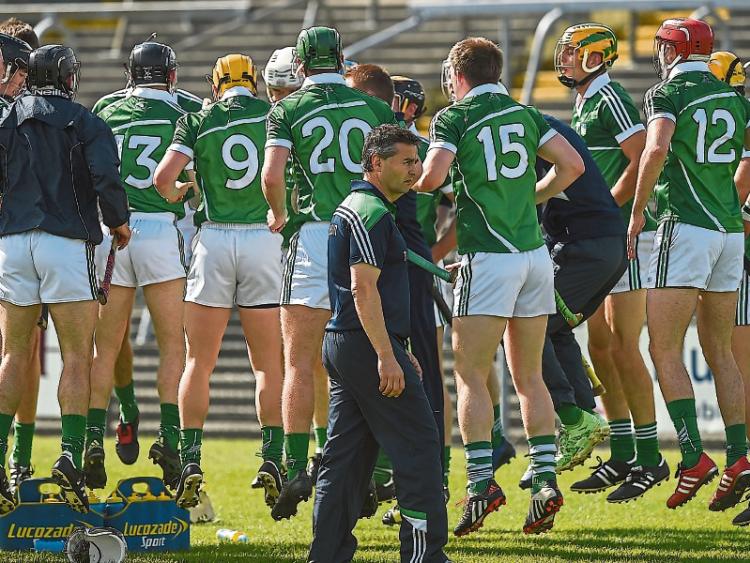 The hurling championship will move to a new level this weekend and the meeting of Limerick and Clare on Saturday evening in Thurles will also end title aspirations for one of them.

This is a huge game for both teams with the winner booking an All Ireland quarter final place. Clare come off the back of a massive win over Laois while Limerick struggled for long stages against Westmeath.

The form book goes out the window when Limerick and Clare meet in the championship but it would appear that the “Banner Boys” have the edge over Limerick in recent games. TJ Ryan will be looking for a big improvement from his players otherwise they will once again crash out of the championship without making the quarter final stages.

You could see in Cusack Park last weekend that the Clare players were still hurting from that defeat to Waterford. They wasted little time in securing the win over Laois and it’s clear they are not ready to exit the championship just yet. They showed a great hunger and freshness and with every opportunity they went for goals and got five of them. One would expect and hope that this will be the game that will ignite the Limerick senior hurling team.

For the Westmeath game the Limerick management first named a dummy team and then announced prior to throw in that they would have four changes. I think most people knew the changes before they left Limerick but naming a dummy team against Westmeath showed a real lack of confidence.

Were those changes token or will the management back the same players to do a job against Clare? I would expect to see Richie McCarthy back on the edge of the square while Seamus Hickey could move from the subs bench to corner-back. For whatever reason Limerick players are struggling to find form. They are not hurling will the flare that we know many of them have. They will need to find that flare and much more to beat Clare on Saturday evening.

An on form Clare team will be hard to beat. They have a superb crop of young players with a great appetite for hard work. Players like Pat O’Connor, David McInerney, Tony Kelly, Podge Collins and Colm Galvin bring huge pace and intensity and Limerick will need to match that if they are to win.

Davy Fitzgerald confirmed to me that Conor McGrath will be out for four to six weeks but players like Shane O’Donnell, Cathal O’Connell and the young Aaron Shanagher will pose problems for most defences.

Shanagher scored three goals against Laois but more than that I was impressed with his movement and distribution. He took the ball which ever way it came to him and that’s a good sign of a hurler. Clare have changed their game just a little and now are going more direct. The high ball provided options to a full forward line that were really good in the air.

Limerick’s last meeting with Clare was in the National League. That game was played in Ennis and Clare won pulling up. On the day Limerick were well off the pace and could not contain Clare. John Conlon caused a lot of problems for Limerick that day at full forward and it will be interesting to see where Clare play him for this crucial contest.

The Limerick defence has been under a fair bit of pressure in recent weeks but many of those problems were also present during the league. Clare have huge pace in their team and they will be sure to run at the Limerick backs.

If ever a game was to bring the best out of Limerick then this is it. The stakes are high. Win and the season opens up, lose and the season is over. Confidence has been missing in the Limerick players.

If they somehow can restore that for this game then I give them a serious chance. This game won’t be won playing tennis-like hurling, it will be won playing the Limerick way. If Limerick go with a sweeper they will only allow space for Clare to come at them. It will take a big performance to beat Clare and for that to happen many of the experienced Limerick players will need to put their shoulder to the wheel.

They have the ability to do that and if they do then it might be a closer game than most people think. Clare will go into the game as favourites but Davy Fitzgerald is around long enough to know that will count for nothing on the scoreboard.

Clare have won 14 of the 15 games they have played this year and were relentless against Laois. They could have pulled up long before the end but it looked like they were putting the finishing touches to a game plan for another day.

Limerick will need to bring passion and a great desire to Thurles and if they do that they could cause a major upset. If they don’t they might struggle to stay with Clare.