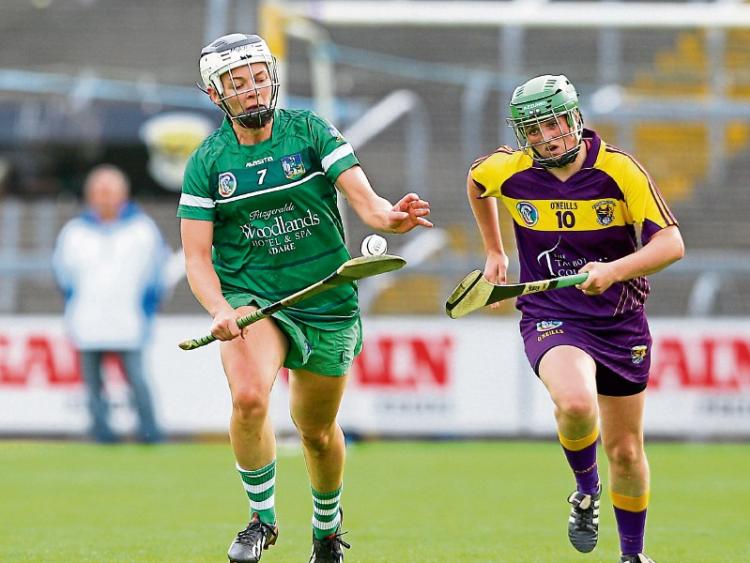 A TRIP to Sixmilebridge to face struggling Clare is the next assignment for the Limerick senior camogie side.
After a strong second half display saw John Tuohy’s side defeat Waterford, The Shannonsiders will look to continue the momentum when they take on winless Clare on Saturday.
Confidence could be low in the Banner County camp after they shipped 4-14 in the second half of their heavy defeat against All-Ireland champions Cork, after losing to Offaly in round one.
However, despite Clare’s recent run of poor form, the Limerick manager is insistent that his side will not take the Banner for granted on Saturday:
“Certainly not from our point of view,” Tuohy said. “I would never take Clare for granted, they have a massive spirit, some super hurlers so we won’t take them for granted in any shape of form. We will have to bring our ‘A’ game to Sixmilebridge if we have any chance to win this game, it’s a 50/50 game.”
After a good league campaign, Limerick were desperately unlucky not to at least get a draw in the Munster final against Cork. That defeat was followed by losing to Wexford in their first championship game. However, Limerick have showed good spirit as they look to be re-igniting that early-season form.
“The girls will have a pep in their step in training and we will prepare for that (Saturday’s game) and look at our team selection again.
“It won’t be easy, this is a very tight division, I’m hearing some strange scores coming back to us,” the manager said after Offaly secured a comfortable and unexpected 10-point win over Wexford.
With many observers believing that it is a battle between Offaly and Limerick for third spot in the group, the Faithful Counties’ win over the Leinster champions was a huge one in the group.
Limerick’s clash with the Midlands side in round four could be a crucial game in determining who will reach the quarter-finals – provided they beat Clare first.
“We’ll take each game as it comes, we start with Clare now at the weekend and see how that goes and we’ll take it from there,” the Patrickswell man said, making it clear that his side won’t get ahead of themselves in the five-match round-robin series.
“The bottom line is how we perform is going to decide if we are going to win or not going to win.”