Ivan Morris: A strong South of Ireland and the infuriating rules of golf 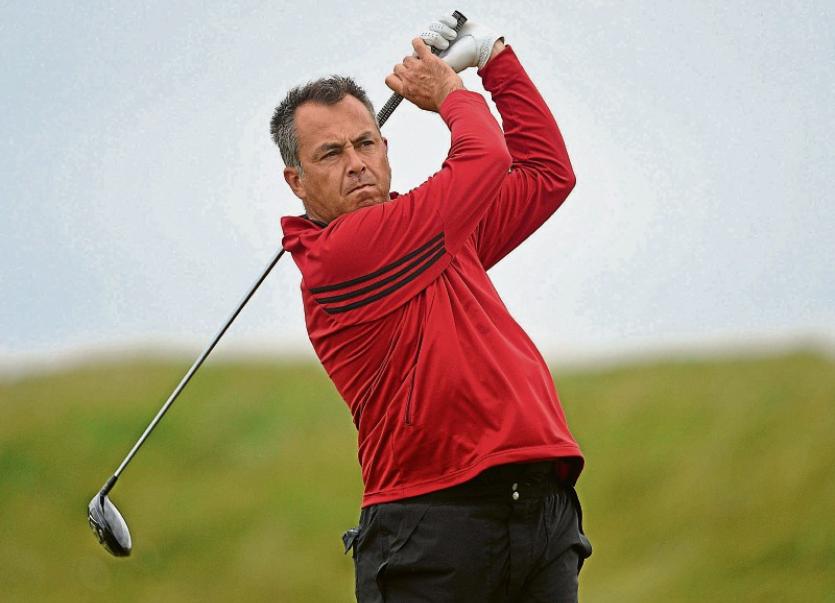 In a typically, hard fought, North Munster Final of the Irish Senior Cup played in nasty conditions of wind and rain at a beautifully presented Woodstock GC in Ennis that stood up in great style to the inclement elements, Castletroy overcame their archrivals Limerick Golf Club by the odd match in five.

In doing so, they have duly advanced to the Munster Semi-final stage at Cork GC on August 13 and 14.

Earlier, Castletroy had beaten Dromoland and Shannon while Limerick beat Ennis, Nenagh and Lahinch relatively easily. Even if having to play an extra game may have made all the difference it is no excuse! The qualifiers from the other geographical areas of Munster are: Waterford Castle, Ballybunion and Monkstown.

McCormack (now +2) is having a great season but his lack of top class match play experience may have been the difference in a really first class encounter with the wily veteran, Murray, who played flawlessly from the second hole onwards. Pat covered the subsequent fifteen holes before the match ended on the 17th, in five under par on a far from easy golf course.

Being selected on the Munster team that will contest the inter-pro championship at Fota Island this coming week will have done the County Limerickman the world of good. Andrew is overdue a good run in the imminent South of Ireland at Lahinch, which appears to have attracted a stronger field than usual this year (if they all turn up and do resort to citing the Zika Virus for not doing so!)

Moving Balls, Glassy Greens and The Rules of Golf

Much newsprint has been wasted on Dustin Johnson’s moving ball incident during the US Open.

There is no doubt that the modern day love affair with lightning-fast greens leads to ‘accidental movements’ of golf balls that are sitting atop glass-like surfaces. Ridiculous green speeds hurt golf at many levels including slowing play and creating extra expense in maintaining billiard table surfaces. Unless there is a big change in attitude and greens are ‘slowed down’ the rules will need amending - otherwise what happened to Johnson will happen again and again. After all, didn’t Shane Lowry suffer the same ’penalty fate’ at Oakmont?

Perhaps the best solution would be for the rules makers to allow for the replacement of a ball that moves on the green for any reason as long as it hasn’t been touched? A ball moving on the green accidentally is one rule that needs to be re-written and green speeds need to be less insane.

In 1977, when Stimpmeter measuring was first introduced, Augusta National was 7’11”, Shinnecock Hills 7’2”, Pine Valley 7’4” Oakmont, the scene of so much controversy during the recent US Open, 9’8” - that’s a long, long way from the 14’ average that, without question, contributed to Dustin Johnson’s ball moving of its own volition.

Based on those figures, I reckon my home course was a 6 in 1977 and putting was a completely different skill and technique. It was basically a mini golf stroke. Far fewer, medium to long putts were holed when the greens were a lot slower. It makes it irresistible for me not be cynical and quote the wise words of commentators with more wisdom and wit than I could ever muster:

“In the beginning there was golf, but later there were the rules of golf, and then the trouble started” - Geoffrey Cousins

“There are far too many rules in golf. If you cannot write them all on the back of a matchbox, something is wrong” - Henry Longhurst

Of the 288 who began The Amateur Championship at Royal Porthcawl last week - only 14 were over 25 years of age. The career amateur (who is the heart and soul of the game) has been wiped off the face of the Earth. Golf is (a lot) poorer for it.

Without the biggest cohort of golfers being between 25 and 55 years old, the game is doomed.

Of the 274 under 25, probably half of them teenagers - all with pro ambitions, if four were to make it as pros, it’s as many.

What happens the rest? Disillusioned, they are lost to golf. If technology was rolled back to 1980s style equipment these young guys would not be able to overpower golf courses as they do and the 25+ brigade would be able to compete with them.