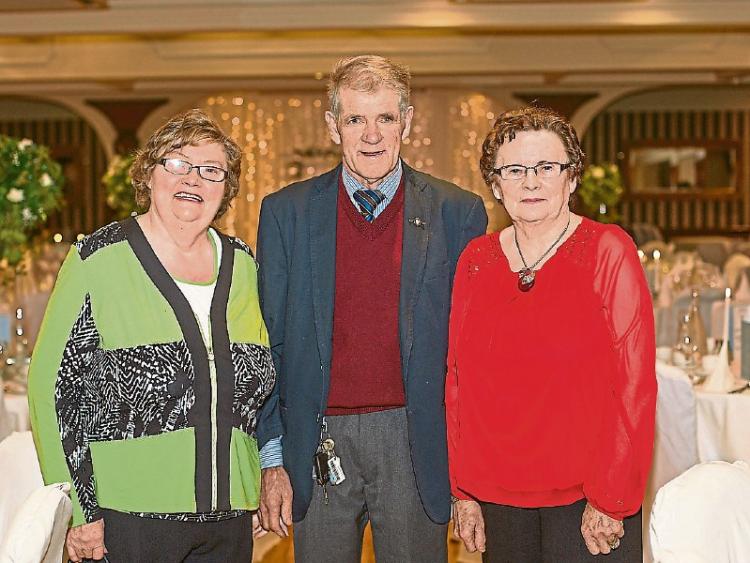 The small West Limerick village of Tournafulla came to a standstill last weekend. Our Lord had blown the full time whistle for one of its greatest sons. Even the blades of those towering windmills fell silent.

Timmy Horgan was one of nature’s gentlemen. Hurling and the love of the GAA was central to his life. It struck me as I waited in the long queue that Tournafulla is a long way from where most big games are played. The values of rural life are still the cornerstone of this community and few better represented that than Timmy Horgan. He loved his native village, he loved Limerick.

Seeing his club and Limerick playing hurling gave him the greatest pleasure. He was an authority on hurling and gave outstanding service to his club and Limerick. The faces of the local people carried sadness, they expressed the loss Timmy Horgan would be to his community. From all over the county they travelled in respect of the man and the Horgan family.

The GAA holds special place in this small parish. They produced many outstanding hurlers and for decades Timmy Horgan was one of them. By the stone wall at the church I overheard them discussing his many great games. His hurling craft and reading of the game were just some of his many talents discussed. Timmy Horgan won many championships with Tournafulla and others but he has left a lasting legacy to his family and those that knew him best. He was a Limerick selector at minor and senior and enjoyed great success with the Noel Drumgoole managed teams. The love of the green and white ran deep into his veins and sadly we will no longer see him at games in Limerick or around the country. His first All Ireland was in 1964 and although not feeling too well last year he still made a point of going to the All Ireland finals.

The last time I met Timmy Horgan was in Thurles when Limerick played Tipperary a couple of weeks ago. He was a great judge of hurling and hurlers. I can only imagine what he felt after the game. Timmy was a good judge of hurling not because he played but because he took the time to watch and study games. Too many people now become selectors and just don’t take the time to go and watch club games.

It was with great sadness that I received the news last Thursday that Timmy Horgan had passed away suddenly. It put me thinking about where Limerick hurling and Limerick GAA now stands. It’s not where it once was and it will take some honest debate and change to restore it to where it thinks it should be.

Over many decades Limerick has produced great players, players that knew the value of wearing the green and white of this county. They played for the love of the game, club, family and county. They were prepared to dig deep not only to test themselves but also the opposition.

Those men that served Limerick in the past did so with great pride and passion. They didn’t become brand ambassadors for anything. The title would have meant nothing to them. Men like Eamon Cregan, Tommy Quaid, John Flanagan, Liam O’Donoghue, Mick Tynan, Gary Kirby, Stephen McDonagh, Mike Houlihan, Pat Herbert, Sean Foley and a host of others had only one agenda and that was Limerick. The time has come for others to follow what these and many other great men did for Limerick. We need new ambassadors to carry Limerick forward but that will never happen when corporate matters take precedent above what takes place on the pitch.

The Limerick brand should be so strong but it has slipped over the last 20 years or so. Just look how the likes of Kerry has rallied people around the Kerry brand all over the world. They have huge pride in their logo and brand and would never share it with anyone. Limerick has a fair bit of work to do in restoring the brand and unless real change takes place I know many business people both in Limerick and outside that have little interest in supporting the current structures in the county.

Forty three years has passed since Limerick last won an All Ireland at senior level and it now appears we are further away than ever. So many people have been humiliated by various county boards, men that did and could play a part in restoring Limerick but politics and personal advancement have so often come before Limerick. Until that changes the wait for an All Ireland title will linger and the further erosion to the foundation of Limerick GAA will see the brand get weaker.

On Saturday the senior hurlers will make the journey to play Westmeath in the qualifiers. One would expect them to have a bit too much for Michael Ryan’s team. Of course last year in difficult conditions they struggled for long stages. It could be that way for a while too next Sunday because Westmeath will throw everything at Limerick. They may not be able to sustain but they will have a spell in the game.

Mindset is everything to Limerick in this game. That defeat in Thurles will have damaged confidence but the extent of which will only be known next Sunday. Limerick has enough of quality players to win here with a bit to spare but confidence is high in Westmeath and they won’t fear Limerick. The big question is can Limerick turn the season around. The answer starts in Westmeath and depending on the draw anything could happen. The team look to lack confidence but one major win could change all of that.

Timmy Horgan would have made that journey to Westmeath to see the hurlers play. He would have kept faith until the last blow of the whistle for Limerick.

If the players produce the passion he so often spoke about then this hurling year might not be over yet.