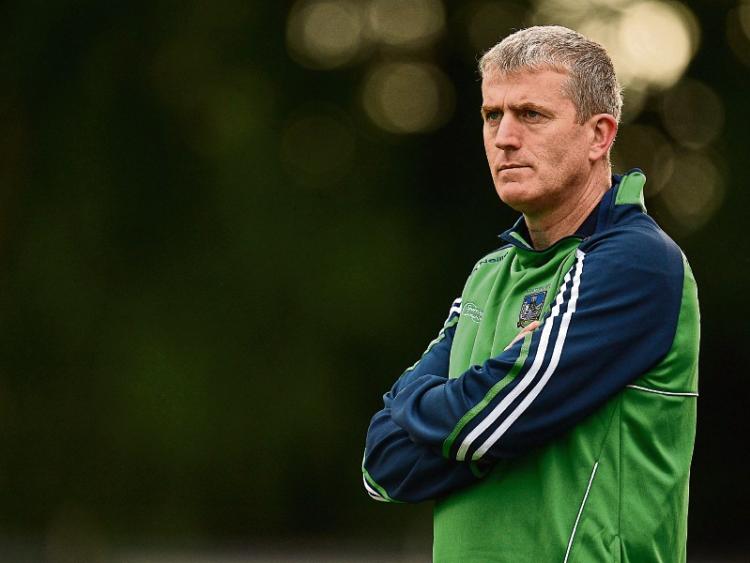 ALL IRELAND winning manager John Kiely was a relieved man to see his Limerick U-21 hurlers continue on their winning ways with their seven point win over Cork in the Munster quarter final.

“This was a difficult assignment - after winning an All Ireland the hardest thing is to come back out again and this was a huge game for us for the last eight months,” said Kiely after the Pairc Ui Rinn win.

“I wasn’t happy with the performance overall from the point of view that a lot of our biggest players didn’t perform - energy levels were low with them and we have a lot of improving to do for the next day. We probably had an element of nervousness that sapped our energy and you could see at the end Barry Nash went down with cramp, David Dempsey tired, Tom Morrissey tired, a lot of our players were tired and I think that’s down to nervous energy in the days leading up to the game,” outlined the Galbally man.

He added: “I don’t think the players will be happy with that performance when they sit down to analyse it - they are their own biggest critics and they will want to play a lot better”.

”We had a good start and we needed it after a poor finish to the first half - something akin to what we did in several games last year,” recalled the manager.

”We were seven, eight, nine point up at one stage and if Cork didn’t find a response at that stage it was going to drift from them and fair play to them they dug deep and got a couple of big scores to put us under a lot of pressure. They won 13 out of 34 puckouts in that first half and their breaking ball work was brilliant and we were struggling at that stage for energy and couldn’t get on the ball even though we had played plenty good hurling in that first half. We were relieved to get in at half time three points up at the same time,” he said.

“We had a good half time - we knew what was wrong and we went about rectifying it. Experience goes a long way and the boys themselves knew that they had been through this last year and much worse when we had given away bigger leads against Tipp, Clare and Galway. No didn’t panic - they was no sense of panic in the dressing room. We were disappointed and the players were disappointed with the situation but it wasn’t catastrophic or fatal and we had the wind in the second half so we just needed to settle ourselves and get a good start which we did to put a gap between us again.”

Attention to detail is a forte of Kiely’s.

”We have a load of things to work on and I am looking forward to going through the video and getting on with it and improving for the next day,” he said of the July 13/14 semi final away to Tipperary.

“We now know the areas that we need to go and address - we have a lot to do and we will be doing it asap because we only have two weeks until the Tipp match.”

Kiely explained: “We would be disappointed with the two goals at the end - very disappointed. If we do that kind of defending the next day it won’t work”.

Before the next round of the U-21, members of the panel will be involved in the Munster IHC and potentially two rounds of All Ireland SHC Qualifiers.

”The fixture list is chaotic but getting out of this will be massive release for the players because there was so much at stage. The fixtures are congested but we will work with it,” said Kiely.

”We have been working together all along - it was intermediate and U-21 training. It wasn’t U-21 training and then intermediate training, it was together. We just have to deal with it - we are in the competitions and in the final of the intermediate and we want to win it. It’s an opportunity to try a few more players and get game time in,” outlined Kiely of a busy few weeks ahead.