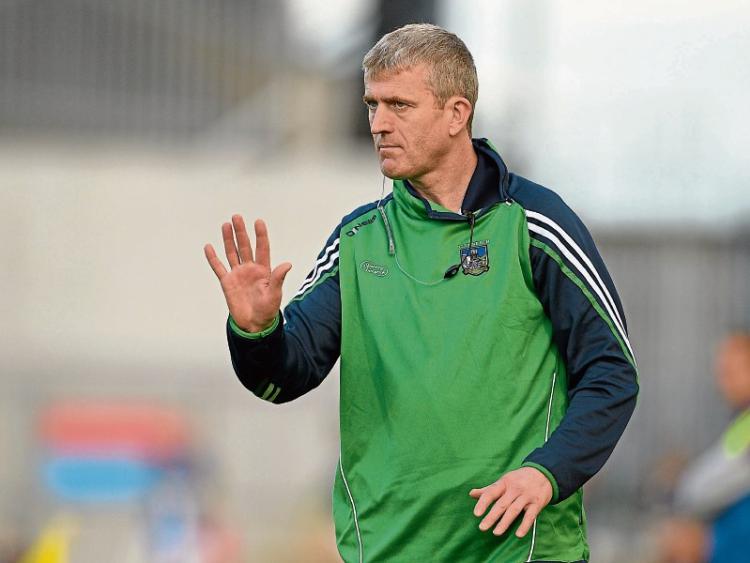 LIMERICK begin their All Ireland U-21 hurling title defence next Tuesday on Leeside.

Cork provide the first test for John Kiely’s Limerick with a 7.30 start in Paric Ui Rinn in the Munster quarter final.

A trip to Thurles to play Tipperary in a July 13 semi final is the prize on offer for Limerick next week.

Manager John Kiely accepts that 2016 is a changed world from last year. Limerick were an unfancied force from the outset of 2015 and management of Kiely, Jimmy Quilty, John Flavin and Ross Corbett pretty much had unhindered preparations with just two on TJ Ryan’s senior inter-county panel.

This time round there are nine county senior panellists and Limerick will very much be in the limelight as champions.

The fact that just four of last September’s All Ireland final team are overage, merely heightens expectation. Albeit Sean Finn (injury) and Robbie Hanley (US) will also be absent.

“There is a certain amount of follow through because we were involved together for so long last year,” said manager Kiely of their preparations.

”This year is a different situation but I would rather the challenge we face coming from where we are, than we would if we were beaten in the first round last year,” outlined Kiely, who has confirmed Mike Casey of Na Piarsaigh as captain.

“You would always love to have more time to prepare but we will go down to Cork happy with preparations. We have plenty guys with the seniors and that’s understandable and ultimately senior is where you want players to go.”

A further 14 U-21 players saw action in the Munster IHC, where Limerick beat Tipperary to qualify for a July 6 final against Clare in the Gaelic Grounds.

There were also another two unused U-21 players in the intermediate panel, meaning that a total of 22 players eligible for John Kiely’s defending champions were togged out in Thurles.

Kiely said that the youthful line-up of the Limerick intermediate team under Leo O’Connor was a “positive experience”.

The U-21 manager stresses that 2016 brings a “fresh opportunity”.

“Let’s see where their hunger is at. If they bring the necessary level of hunger to Cork then they know what it takes to win,” outlined Kiely.

Limerick have finalised preparations with a panel of 38 players, but have injury concerns over David Dempsey and Dean Coleman, who both picked up knocks while on county intermediate duty. On top of that Stephen Cahill, Brian Fanning and Sean Flanagan are all part of the county football panel that travels to Belfast on Saturday to play Antrim in the All Ireland SFC Qualifier.

”We respect the challenge we have – we are going down to Cork to play Cork and if we don’t give them to due respect we would rue it. There weren’t that far away at minor level in 2013 where they beat Clare and drew with Waterford, who went on to win the All Ireland,” outlined Kiely.

Managed by Damien Irwin, Cork are very similar to Limerick of 2015 with no major involvement in the county senior panel and an opportunity to play upwards of 20 challenge games.

The bookies though make Cork the outsiders for the Munster U-21 title at 12/1.

Waterford are 10/11 favourites with Tipperary second in the list at 3/1. Limerick are 10/3 to defend their U-21 crown and for this group to add to their provincial minor title of three years ago.