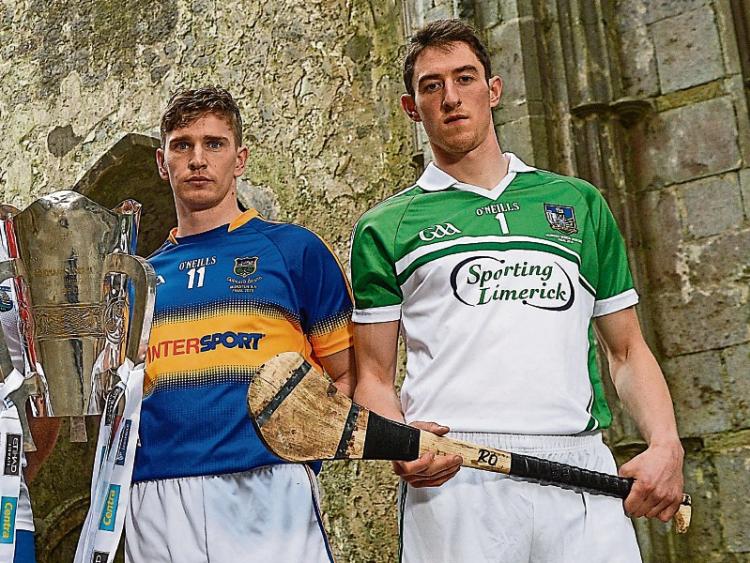 ONE big question dominates Limerick GAA minds this pre-championship week…. ‘which Limerick team will show up?’

Again this Sunday, Limerick travel to Thurles more in hope that confidence.

TJ Ryan leads down a panel of players that haven't found a performance of note in 2016.

There were seven games in the Allianz League but form lines can really only be drawn from three key games against Waterford, Clare and Dublin.

Indeed it hard to know if form lines can even be gauged given that Limerick’s last competitive game was nine weeks ago with the men in green the last of the 14 sides to enter the senior hurling championship.

“It’s going to be difficult but I believe we have the guys to do it. We have to get back to the training ground and work our socks off for the next few weeks," said TJ Ryan after a second half collapse against Waterford in the league semi final on April 19.

By desire the build-up from Limerick has been low key. Just one challenge game was played (Waterford) and players have pretty much maintained media silence.

Given that Tipperary have had a run-out in the championship already, Limerick will need to hit the ground running.

Although Limerick were heavily defeated by Tipperary last season there is a backdone within TJ Ryan’s panel that beat Tipp in 2013 and 2014 and importantly the victory two years ago was in Thurles. Also important to remember is that Limerick have enjoyed at least one Munster SHC win in each of the last three seasons.

“A lot of different things will need to be taken care off and we will need the bounce to go our way,” accepted TJ Ryan this week.

The Limerick manager also used another two vital words when speaking with the media – intensity and aggression.

Without intensity and aggression Limerick simply won’t beat Tipperary. Much talk in the championship to-date has centred on sweeper systems but the seasonal reappearance of Kilkenny last weekend brought a welcome reminder to all that there is one basic ingredient required as a foundation and that is work-rate.

A high octane display full of intensity and aggression is what the travelling Limerick support will demand on Sunday.

It appears there won’t be a sweeper system in operation but that James Ryan, as he has done previously, will anchor the midfield and offer support to his half back line.

In attack the fleet-footed Cian Lynch and Graeme Mulcahy will offer extra bodies in the middle third at times.

Gearoid Hegarty will no doubt be a puckout target at times and the St Patricks clubman could be detailed to attempt curb Paudie Maher. Indeed the Tipperary half back line needs special attention.

Against Cork, Paudie and Ronan Maher and debut boy Seamus Kennedy were afforded too much time and space on the ball in the half back line. Such a luxury allows for ideal possession to be directed to dangermen Seamus Callanan and John O’Dwyer. Limerick can position Dan Morrissey, Richie McCarthy, Pat Hartigan or Leonard Enright at the edge of the square but if Tipperary are allowed to deliver ball into space there is little defenders can do.

TJ Ryan this week spoke of “snippets” of positivity from certain league games. All are well aware that this is year three of his management and ensuring snippets becomes seventy minute displays is essential.

With Callanan, O’Dwyer, John and Noel McGrath, Tipperary certainly fall into the category of ‘better teams’. They eased to a tally of 0-22 against Cork and it’s a target that Limerick will need to get close to if they are to reach a July 10 Munster final against Waterford. League scorelines would suggest Limerick will need to score goals to match this scoring rate.

If there is one advantage that Limerick hold ahead of Sunday it is a lack of pressure. Tipperary are the hottest of favourite to progress and when public confidence is low Limerick have often produced their best work.

Tradition suggests Limerick hurling best with pace and momentum and successes of the U-21 hurlers, Na Piarsaigh and Mary Immaculate College show that the skill set is within the county to challenge for honours at the highest level.

“There will be nobody who wants to win more than us,” stressed the manager this week.

If this belief emulates throughout the panel, it’s the foundation that Limerick need for another of those special Munster championship days.